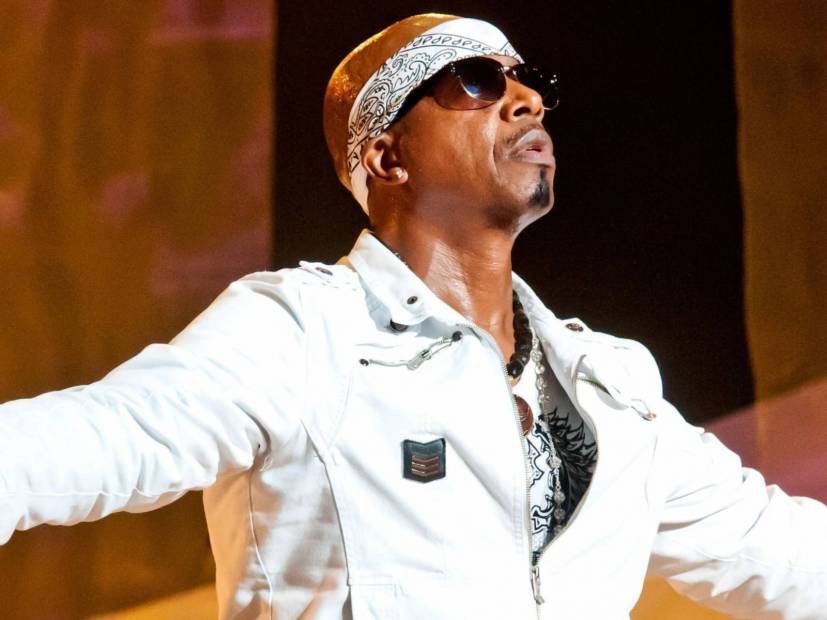 MC Hammer captivated the music world in the late ’80s when he stepped on stage with his billowy pants — now properly referred to as “Hammer pants” — and unparalleled dance moves.

In 1990, he dropped his third studio album Please Hammer Don’t Hurt ‘Em, which spawned the massive hit “U Can’t Touch This,” a pop-infused rap song that incorporated the timeless sounds of the inimitable Rick James.

As a result, the Bay Area native became the first Hip Hop artist to achieve diamond status for an album. In the nearly 30 years since, the now-ordained minister has continued performing.

On Friday (November 27), Hammer will also perform during the Bay Area Reunion concert at the Oakland Arena alongside En Vogue, Luniz, Digital Underground and a reunited Tony! Toni! Tone!

Although his pants may be a little smaller, his dance moves are still just as cool and calculated as they were in the ’90s. In an interview with HipHopDX, Hammer reveals how he stays in shape, what constitutes a “complete artist” and why he once said he wasn’t a rapper.

HipHopDX: You took a long time off from touring. What made Hammer’s House Party Tour and this upcoming Bay Area show the right time to start really performing again?

MC Hammer: I’ve always been doing shows, but I hadn’t done an official tour. I felt like with Please Hammer Don’t Hurt Them turning 30 next year, it’s a specific milestone. I knew when that anniversary came, I wanted to celebrate it in a particular fashion. So the House Party would be like the warm-up to the celebration of Please Hammer Don’t Hurt Them, the 30th anniversary.

HipHopDX: I was watching some of the live performances from that tour and you could easily still be 25 years old out there. What’s your secret to staying in shape?

MC Hammer: Well, thank you. That was one of the main things. So yes, I’ll answer that question leading into the conditioning part. What I wanted to do was introduce three generations at one time to a certain level of performance excellence that I know they haven’t seen; let them see it live and whet the appetite for it. And that’s what we’ve been able to do. I’m proud of my whole team, my crew and my dancers.

“We really wanted to make sure that it’s all on a Hammer excellence level of performance and have the fun and bring the fun, the joy of the culture to these new generations. And so in order to do that, you got to be in top condition. I mean, performing is nothing like it on the planet. I’ve got my football player friends … they get out there for about five minutes and say, “Hammer, you crazy. How can you go at that level for a hour and a half?”

So, it goes back to what you eat, the way you work out, the hours that you put in training and mastering your craft. It all comes into play. Then you gotta love it; love it like it’s not a task. I look forward to working out. I love going to the gym. I love dancing. And so I look at it like a sport, and I understand it as a sport, and then I understand the give and take of the energy. I give my energy to people and they return the energy. It’s very spiritual and it’s very intimate. All of that kind of just creates a special environment.

They may not be good at putting on a show. They may be missing 10 other things. But they are good at rapping the verse, but you may never remember a song they do ’cause they may not be good at writing choruses. Right? So what I wanted to be, from the beginning, is a complete artist. I want to rap, do production, put on a show, melodies, chorus, harmony — everything that makes up being an artist. To me, that equals great entertainment.

HipHopDX: I have honestly had “Pray” stuck in my head since losing my mom a few months ago. That’s a memorable song.

MC Hammer: Let me first say, my condolences on your mother passing. I can’t imagine, but I know you got the great memories. You hold on to those. Just to even have you say that “Pray” brings you some joy, I’m humbled by that.

HipHopDX: It’s a great song! You’ve got Prince, Faith No More and you have MC Hammer. We need that kind of positivity, too.

MC Hammer: I hope you get to see how we do “Pray.” The performance of “Pray” is at the top of my favorite moments of our show. I mean, the Prince element is even heightened. There are three or four different dance styles that we incorporate into the performance. They stretch all the way into ballet. It’s crazy, right? And then we have the tambourines — it’s crazy. It’s a real spiritual moment and a celebration of life and all that. If you can’t catch us at The Oracle, next year during the 30th celebration, make sure you catch it. It’s a beautiful moment.

HipHopDX: Oakland has produced so much good music. A lot of people don’t even realize you and Tupac were friends and that you were signed to Death Row Records briefly. Your involvement in Oakland Hip Hop was pretty deep. Now, you’re playing with Digital Underground, which I thought was interesting. Didn’t they lightweight mock you in the Sex Packets cover art? [Editor’s note: In the CD insert of the Sex Packets album, they placed Hammer’s photo in with the other members and referred to him as an “unknown derelict.”]

MC Hammer: No, I never heard of that. In the album cover?

HipHopDX: Yeah. Supposedly there was a stab at you in their cover art, but I didn’t know if that was true or not.

MC Hammer: Until you just said that, I never heard that before.

HipHopDX: Interesting. Are you looking forward to playing with them?

HipHopDX: I talked to Ice-T yesterday and I know you’ve been friends. He always kind of had your back. Do you stay in touch?

MC Hammer: I’ve seen him at different points from time to time. Yeah. I love Ice-T. You know, we started off together. That’s my partner. We go way back to the very beginning.

HipHopDX: I love that you’ve always kind of pushed this idea of clean living. Do you ever use your platform to speak to kids about instead of getting into drugs and alcohol, maybe get into athletics, musics and get into dancing?

For tickets to the Bay Area Reunion show, head here.