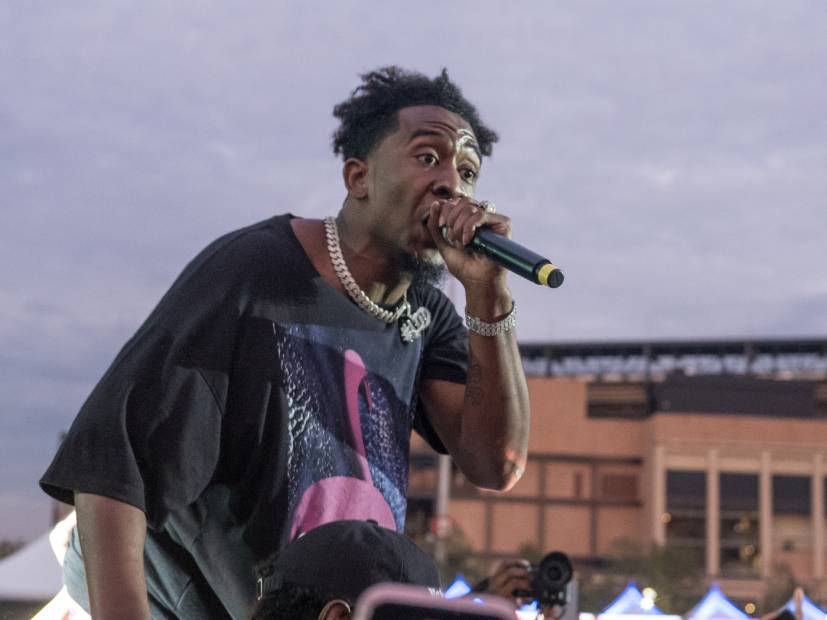 Desiigner has revealed he’s an independent artist once again. During a recent Instagram livestream, the “Panda” creator noted he secured his release from Kanye West’s label G.O.O.D. Music.

“I’m on my own vibe,” he said. “I couldn’t have nobody holding me up. That’s why I had to get off that label, man. Ain’t no funny shit. Ain’t nobody dropped me. I asked for the release.”

He also clarified he’s not signed to anyone now and working through his own imprint called L.O.D.

“The only label I’m on right now is L.O.D.,” he said. “I can drop whenever, however, how high, how low. I can drop to the left, to the right, to the front, to the back! I can drop anywhere, any second. This is the dream of every artist!”

Desiigner signed with G.O.O.D. in 2016 but never released a studio album during his time on the label. Throughout 2019, the multi-platinum rapper voiced his frustrations with G.O.O.D. via social media.

FREE ME FROM THIS LABLE ?

I WANT SHOOT MY VIDEO BUT MY LABLE IS TAKING TO LONG ??‍♂️ TF

I WAITED ENOUGH AND MY FANS DID TO ???

Earlier this year, he also took aim at Kanye in an Instagram video.

Listen to his full rant below.

#Desiigner calls #KanyeWest crazy & how he’s the reason why G.O.O.D. Music had a come back! Thoughts? ? ? @lifeofdesiigner @worldstar #WSHH