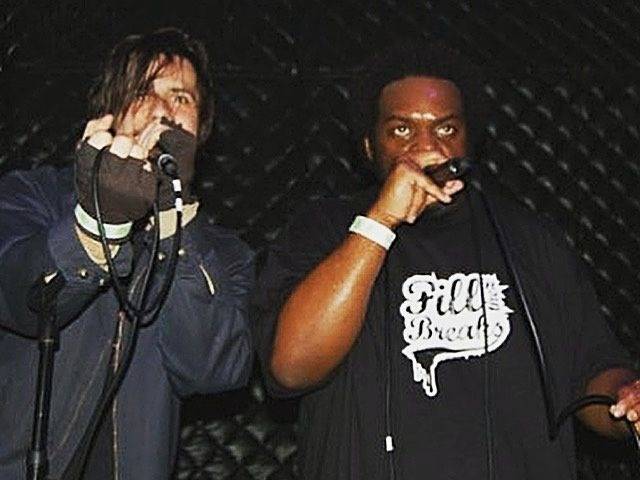 Interview: Carnage The Executioner On Eyedea's Impact 9 Years After His Death

Carnage The Executioner and the late Eyedea first crossed paths in Minneapolis around 1997. Over the course of their friendship, the Rhymesayers MC — who was younger than Carnage — unexpectedly became a mentor to him, or a “life coach,” as Carnage puts it.

On Saturday (November 9), Eyedea would have turned 38 and those who loved him haven’t forgotten what an indelible mark he made on them. Eyedea, whose real name was Michael “Mikey” Larsen died in his sleep in St. Paul on October 16, 2010. He was 28.

While he’s not here in the physical sense, Eyedea’s music, love for other people and the impression he made on the world lives on.

In a recent interview with HipHopDX, Carnage opens up about their close friendship, reveals what Eyedea taught him and explains how people you love never really die.

HipHopDX: How did you and Eyedea meet?

Carnage: It was a long time ago. I ran into him at a show and he had a record that I was on. He was only like 14 or 15 years old when I saw him. He was like, “Oh, you’re the dude who was on that record that I listen to all the time.” He spit a line of mine — and he spit it verbatim — and then he spit a verse of his that he wrote with my same style. I was like, “Holy shit.” Not only was it flattering, but I was like, “This dude is fucking skilled and he’s like 15.” So it was like, “You’re still in a diaper and you can rap better than me. Fuck.”

HipHopDX: Where did the idea for “Not Just A Name” come from?

Carnage: I used the last verse in the song to talk about how me wanting to live up to the image of Carnage the Executioner has probably held me back. If I can figure out a way to conquer my past and the things that made me want to be a Carnage the Executioner, then I could actually be the person who I’m supposed to be, which is Terrell Woods. Being a real human is better than being a dope MC, and that’s what I’m about now. I just happen to be a real human who’s a dope MC.

But I don’t want the chicken to come before the egg, you know? I want to be a well rounded person who happened to be a dope rapper. Eyedea said that to me a long time ago. He said something like, “First and foremost, being a good human is better than being a good rapper. So, which one are you going to choose?”

He didn’t necessarily say it like that exactly. I know him well enough and I’m smart enough to decipher what he meant.

HipHopDX: When was that?

Carnage: He told me that a while ago, actually, I can’t remember exactly what year, but it was definitely before I started figuring out how to tell my story.

HipHopDX: So you hadn’t told your story before?

Carnage: I experimented with telling my story before and I showed the results to him. He was like, “Dude, you’re good at it.” He said, “But you rapping about being a dope rapper is not living up to your potential.” He was one of the ones who told me that. He was like, “You have a story and you have a gift for being able to use those words to tell the story. You just don’t tell ’em enough. So, figure out how to tell your story. Quit hiding behind the mask of being a dope rapper because you’re running from your pain and you’re running from your fear by trying to just be a dope rapper.” And he was right. He’s a god. I don’t care what anybody says.

HipHopDX: When you found out he died of a drug overdose, was that difficult to process? He must have been in so much pain.

Carnage: I didn’t see the pain as much as other people said they saw it who were around him. Before he passed, I didn’t see him as much, but a couple people told me they seen him totally smashed and trashed a few times. I feel like there was a part of him that didn’t do that around me because he knew where I came from and he knew I didn’t like it.

HipHopDX: You think he hid it from you on purpose?

Carnage: I feel like he didn’t want to do that stuff around me. I wasn’t there for all of that, but I heard the stories. But, the painful part was just losing somebody like him. Losing somebody who’s that close to you and someone who’s not only your best MC performing partner but a life coach. I lost somebody who was a combination of things for me and he was also the one who invested the most energy into me.

Carnage: In comparison to anybody else I ever met, he was the one who spent the most time with me, giving me opportunities and saying things that helped me develop. I don’t even think he walked around with the idea in his head he was going to teach Carnage how to be, it was just naturally something he was about. It was just the natural energy that he displayed. He was naturally good to people and good for people. He wasn’t afraid to assert that when he met you and that was him being nice to you.

HipHopDX: In the few interactions we had, he was always kind.

Carnage: For people I know who met him, they told me they felt so close to him that it made them feel better about themselves. That’s just a great motivating factor to get life changing advice from somebody like him. He had so many different ways he could display that made him good for people. He used his congeniality. He could pretty much be nice to anybody.

HipHopDX: Is there anything you learned from his death?

Carnage: The people who were crying and sad about him passing, I understand that, but I want to celebrate the things I got from him while he was here and realize that those things will never allow him to die.

He’s amazing and it just happens to be that people would consider him to be mega-amazing because he’s an artist. But if he wasn’t a musician, he would still be mega-amazing. I feel bad for the people who only knew his music because that’s all they had. They’re missing out on the other part. Those are the same people who cry because he’s dead now and he can’t make music.

To me, it’s really selfish. I think people who cry about people who die and say stuff like “Oh, he left me,” are being super selfish. I know we all hurt. I’m hurting because of my sister, but you know, it would be selfish of me to say, “How could she leave me?” and all this stuff. It’s not always about you. We don’t necessarily need to over-personalize everything.

HipHopDX: Does it make you angry?

Carnage: I’ve seen people like that say things online about Eyedea. Sometimes, they just piss me off because it’s so selfish and you’re saying it for somebody to put online or “I really miss him because he helped me get through these hard times and I relate to him so much because we were both drug addicts.” That shit pisses me off. You don’t need to use the struggle he had as the mirror for your own struggle. Maybe I’m overthinking it, but I’m looking at it like that because I was actually friends with him. I actually knew him outside of that. So, to me that’s a really surface and selfish way to look at somebody like him, you know? And, I don’t think it’s fair. I don’t think it’s really fair. I think it kind of fucks with his legacy.

But people do what they do and everybody grieves in a different way. But for me, it’s carrying on the good things that he brought to the table and not speaking of him as though he’s dead because he’s not. There’s so many things that I’ve learned from him and there’s so many things that I do and I’m like, “How would Eyedea view this?” I write something sometimes and I’m like, “What would he think about this?” There’s some stuff on my new album that I think he would be like, “Yup, you got it now. You figured it out. You figured out how to write that song.”

HipHopDX: In so many ways, it sounds like you carry him with you all the time.

Carnage: All the time. I know it sounds cliché.

HipHopDX: No, it doesn’t.

Carnage: OK good. It’s not meant to be. He was my best friend.