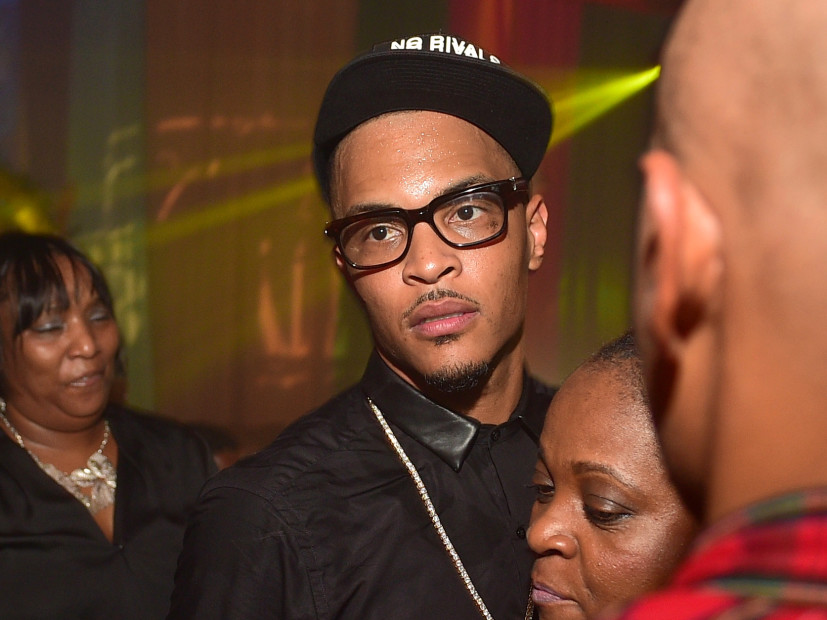 T.I.'s Gynecologist Trips With His Daughter To "Check Her Hymen" Sparks Backlash

T.I. made a rather shocking revelation during a recent conversation with the “Ladies Like Us” podcast. While speaking about his daughter Deyjah Harris, he revealed he accompanies her to the gynecologist to make sure her hymen is still intact.

“I will say as of her 18th birthday, her hymen is still intact,” Tip said. “Deyjah’s 18, just graduated high school now and she’s attending her first year of college, figuring it out for herself. And yes, not only have we had the conversation [about sex], we have yearly trips to the gynecologist to check her hymen.”

New Episode of @theladieslikeuspodcast Out Today!!! @nazaninmandi and I sit down and chat with the one and only @troubleman31 about his new podcast with @podcastone #ExpediTIously, his family life, the key to a successful relationship and what it means to “bust down” Check out this candid convo for so many more hidden stories from T.I. that you don’t want to miss! #ladieslikeus #ladieslikeuspodcast #podcastone #ladygang #youcansitwithus #didhereallyjustsaythat #tie

Although podcast hosts Nazanin Mandi and Nadia Moham initially thought Tip was joking, they quickly realized he was more serious than a heart attack as the Hustle Gang boss went into even more detail.

“So it’s this one time we go, I think this might have been after her 16th birthday,” he explained. “This is what we do… Usually, like the day after the [birthday] party, she’s enjoying her gifts. I put a sticky note on the door: ‘Gyno. Tomorrow. 9:30.’ So we’ll go and sit down and the doctor will come and talk and the doctor’s maintaining a high level of professionalism.

“He’s like, ‘Well, you know sir, I have to, in order to share information’ — I’m like, ‘Deyjah, they want you to sign this… so we can share information. Is there anything you would not want me to know?’ ‘See doc? No problem.’”

i get it from my mama. ? dress: @fashionnova

Tip added the doctor tried to explain there are other ways to break the hymen, but he said all he wanted was the results.

“So then they come and say, ‘Well, I just want you to know that there are other ways besides sex that the hymen can be broken, like bike riding, athletics, horseback riding, and just other forms of athletic physical activity,’” he said. “So I say, ‘Look doc, she don’t ride no horses, she don’t ride no bike, she don’t play no sports. Just check the hymen please and give me back my results expeditiously.’”

He wrapped up his commentary with, “[Virgins] — they’re no fun,” he said. “Who wants a virgin? Like really? All that work.”

Naturally, Tip’s confession has yielded strong reactions on Twitter. They range from shock and disbelief to outrage, especially when it appears T.I. has a double standard when it comes to his sons.

“I don’t want any of my children to have sex before it’s time for them, but who’s to say when it’s time?” he said, as reported by UK’s Daily Mail. “However, I will definitely feel different about a boy than I will about a girl. And that’s just the God’s honest truth. I don’t think there’s any father out there who’ll tell you any different.”

Meanwhile, Deyjah is behind the scenes “liking” several tweets about how “possessive” her father’s actions are.

Meanwhile in #DeyjahHarris’ likes on Twitter. (SWIPE for previous tea)

T.I. a fuckin lunatic. That nigga not worried about that girls safety, he worried about niggas being able to say “I fucked T.I. Daughter”

This is disgusting and horrible.

Rapper T.I. says that he takes his daughter to the gynecologist to make sure her hymen is still intact!

T.I. is disgusting to discuss his daughters sex life

Then to have the double standard of being ok with your 15 year old son having sex. And like, are you gonna beat her ass if she did?

And this feels like that "I didn't want a daughter bc I treated women like trash" bs.

as a mother, ain’t no fucking way I’d let my husband, father of my child, whatever take my daughter to the doctor every year for a fucking hymen check? I’d knock all this shit over.

This is absolutely disgusting and perverted and vile and ignorant and just plain wrong. TI is a sick, controlling narcissist and there is absolutely NO way Deyjah, her mother or any woman in TI’s life should be okay with this. https://t.co/tDjVdAoSom

T.I. is an abusive misogynist. He demands his daughter's gynecologist disclose the results of an annual "hymen check" to him so he can ensure she's still a virgin. When it comes to his wife, "that little sex box you got is half mine." This isn't over-protective. It's abusive. https://t.co/Muv8mLCrp8

T.I, a man who publicly & infamously cheated on his wife on a regular basis with no respect for his family while being accessible community dick, made himself the protector of his daughter’s hymen?! Wont let her fuckin ride a bike to keep it intact? This man is a sick psychopath. pic.twitter.com/TZ2sjwxbPZ

T.I. proudly stating he goes to the gyno with his daughter to make sure she's a virgin is disgusting. It's upsetting me that he's putting this out there like it's a genius parenting tactic. Your daughter's vagina does not belong to you. WTF.

T.I doesn’t go around getting his sons checked….but you can leave a sticky note on your daughters door that says “hymen check at 9am” how utterly disgusting……….when you have a father who deep down hates women….this is what you get.

T.I. "ensuring" his daughter's "purity" while simultaneously defiling his wife, his marriage AND himself is PEAK niggerry.
Dirty dick dudes love ensuring the cleanliness of their daughters out of fear baby girl will marry a man just like them. Toxic masculinity is real.

This is VILE
1. She's 18 and a legal adult
2. There are loads of ways to break a hymen, and often girls don't even know they've broken it.
3. Why is it ok for a girl's father to be this invested in her vagina? Because it sounds creepy AF to me. (1/4)https://t.co/ec9iV37YAp

“T.I. Goes Yearly To Gyno With Daughter Deyjah To Check Her Hymen”

Words can’t even begin to express how fucked up this is. Cishet men are not okay. They aren’t. pic.twitter.com/TXi4TtniV9