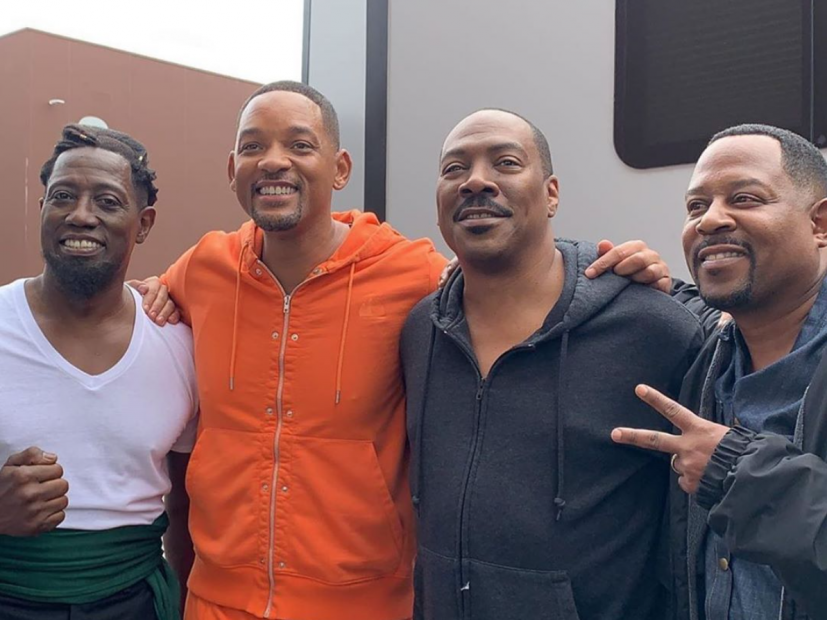 Smith and Lawrence are currently filming Bad Boys For Life, the third installment of the Bad Boy franchise. Coincidentally, Murphy and Snipes are also starring in the much-anticipated Coming To America sequel.

“Nothing to see here…” he wrote in the tongue-in-cheek caption.

“When Bad Boys come to America,” he wrote.

Snipes prompted fans to choose a theme song for the photo, writing, “OG’s in this! (what song y’all hear playing with this pic).”

Of course, fans began brainstorming new ways to get the mega-stars to all work together, fabricating merged films, inventing sequels and even pasting whole potential scripts into the comments.

Earlier this month, Perry celebrated the opening of his colossal movie studio in southwest Atlanta. On October 5, he hosted a star-studded grand opening with attendants such as Oprah, Denzel Washington, Sidney Poitier, Beyoncé, JAY-Z and more.

Bad Boys For Life, which is set to hit theaters on January 17, features newcomers Vanessa Hudgens, Alexander Ludwig and Charles Melton as well DJ Khaled, Jacob Scipio and Paola Nuñez. Joe Pantoliano will return for his role as Captain Howard.

Check out the Bad Boys For Life trailer below.