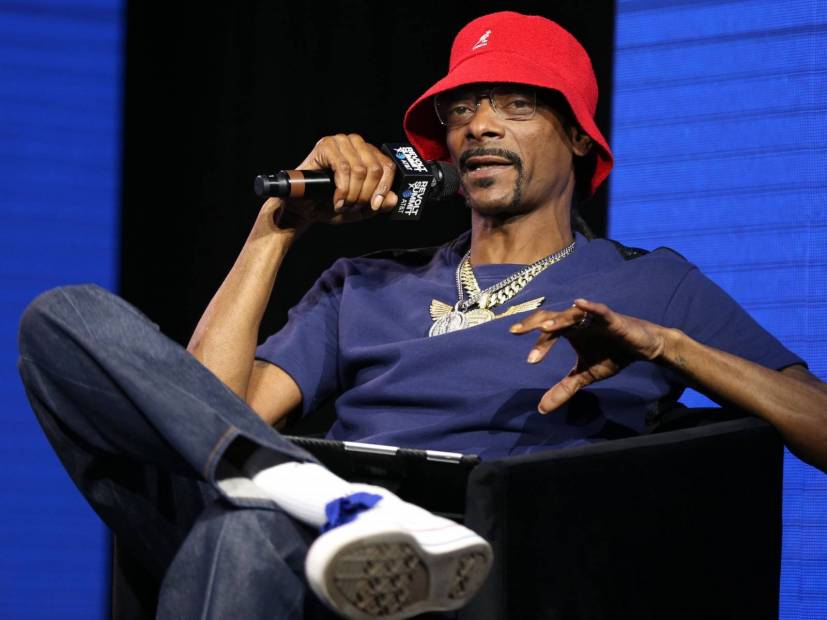 Snoop Dogg has a long history with Death Row Records. The D-O-Double-G was an integral part of the imprint once helmed by the currently incarcerated Suge Knight during the ’90s.

At the REVOLT Summit in Los Angeles on Sunday (October 27), Snoop made it clear he started paying attention to what Top Dawg Entertainment has been doing over the past several years. TDE’s co-president Punch admitted they’d studied the Death Row blueprint.

Snoop then declared TDE to be a “better version” of Death Row and said it was all about an “each one, teach one” mentality.

“I think — and this is me saying it from being in Death Row and being on the outside looking at y’all — y’all are a better version of Death Row Records,” he said. “That’s with no disrespect. That’s with all respect because once you look and you see somebody do it the right way and you see ’em do it the wrong way and then you get a chance to do it your own way, then you able to take the wrong out and do it the right way. That’s why y’all been able to sustain for so long. You and Top Dawg, y’all some top dog bosses.”

Punch later took to Twitter to reflect on Snoop’s comments.

“Snoop Dogg sat on stage in a room full of ppl and said we (TDE) are a better version of Death Row Records,” he wrote. “Humbled.”

Snoop Dogg sat on stage in a room full of ppl and said we (TDE) are a better version of Death Row Records. Humbled. ??

Snoop didn’t always feel this way. In a 2013 interview with Vibe, the legendary West Coast rapper denied TDE was the “new Death Row.”

“No, they’re not the new Death Row,” he said. “TDE did it completely differently than Death Row did it. Death Row did it with a gangsta approach. We was smashin’ on niggas, fuckin’ people up, we was determined to be the hardest, meanest, baddest, coldest, roughest, toughest in the game. That was our mission. TDE, rappers. They peaceful, they love, they get down, they rappers from everywhere, and they represent Hip Hop.

“I don’t feel like TDE and Death Row are the same thing in any way. I feel like Death Row paved the way for TDE to do it in their own way so they can stay around for 20 years from now.”

TDE is home to Kendrick Lamar, ScHoolboy Q, SZA and a roster of other notable acts.