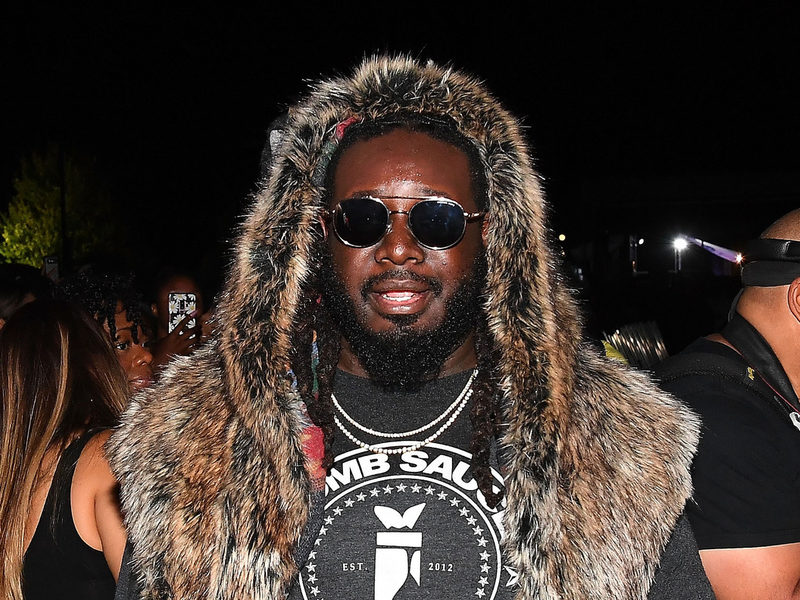 T-Pain Admits 1UP Tour Was Canceled Over Low Ticket Sales: “We Fucked Up”

T-Pain has canceled all dates on the 1UP Tour. On Tuesday (October 21), the Godfather of Auto-Tune released an Instagram video explaining low ticket sales are to blame. In the process, he took full responsibility for the cancelation.

“Let me start by saying that my team set up the tour in September,” he confessed. “If you’ve ever set up a whole month-long tour before, you’d know that’s not enough time to set up a full tour. Some corners got cut, production went missing.

“I wasn’t as hands-on with the planning and things that I should’ve been because I’ve been busy as hell.”

Tallahassee Pain then revealed he was told to cover up the truth, but he wanted to be honest with his fans.

“I’m gonna take it upon myself to cancel the 1UP DLC Tour,” he continued. “It just would have been a bad look for me and it wouldn’t have been entertaining for y’all.

“I was advised to lie about this and say that I needed some time or I needed some alone time or me time. Ah, or some shit like that… We fucked up. I’mma keep it real with y’all. Most artists lie. Whenever concerts get canceled or tours get canceled, it’s for low ticket sales. I think that’s wrong, that’s fucked up.”

The 1Up Tour was expected to kick off with a performance at the Fresno State Homecoming on Wednesday (October 23).