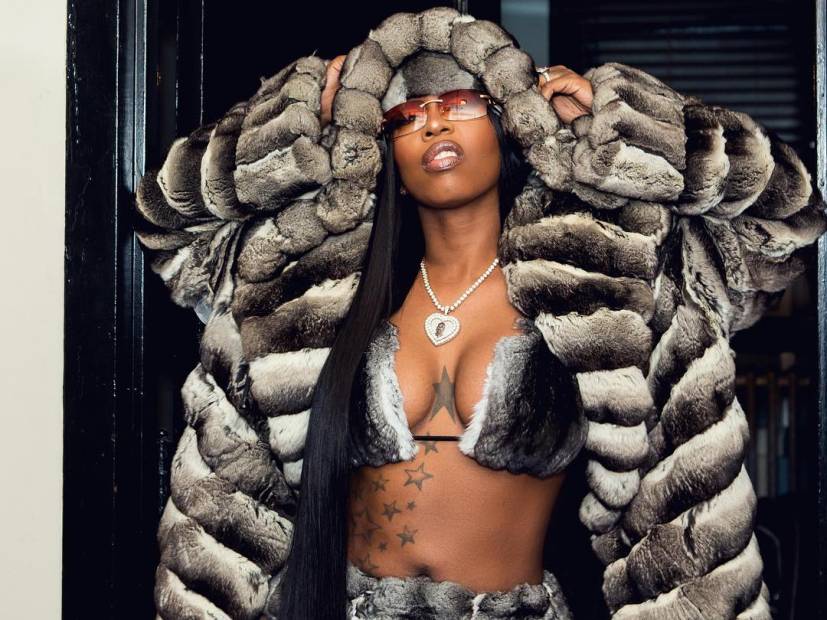 Interview: Kash Doll Reveals How An Instagram DM Got Lil Wayne On Her Debut Album

New York, NY – Before we even get started with the interview, Kash Doll wants to make something clear: she’s blessed, and she knows it.

“I can’t say enough how lucky I am,” she said to HipHopDX exclusively. “So many people try to achieve superstardom, fame, want to work with their favorite rapper. But I am lucky enough to do it. All glory to God for this, for real.”

Kash (real name: Arkeisha Antoinette Knight) is waxing spiritual about her long-awaited debut album, Stacked, in which she joins the ranks of the new wave of women in Hip Hop that include Megan Thee Stallion and Yung Miami. First coming to our attention after a short but notable performance at Hot 97’s Summer Jam in New York City over the summer, Kash Doll initially got some attention from her mixtape, Brat Mail, which dropped in 2017 after a few non-album singles were released over the past few years.

The success of Brat Mail led to a contract from Republic Records and a serendipitous encounter with one Lil Wayne, who makes an appearance on her “Kitten” single.

“Reginae Carter (Lil Wayne’s eldest daughter) follows me on Instagram,” she said. “So I DMed her one day asking if she could get my stuff over to her dad. And she did, and he liked it, so we started talking and he eventually came through and recorded “Kitten” with me. When I tell you…whoo. You know, I am such a big fan of his, and to get him on my song knowing that he’s got that kind of respect for me…” Her voice trails off, as though she’s trying to process having a name like Weezy’s on her debut album.

But don’t think that her debut album, Stacked, is anchored around her famous special guest stars. She certainly has her fair share of famous supporters — aside from Lil Wayne’s appearance on “Kitten,” Big Sean drops bars on “Ready Set,” Summer Walker and Teyana Taylor drive-through for “No Lames” and “Feel Something,” respectively, and Trey Songz lights up “On Sight” — but she actually does best when she stands on her own.

There’s no better example of this than her two hit singles, “Hustla” (which was released as a single and not found on Stacked) and the banger “Ice Me Out,” which is a standout on the album. “When I hear people singing along with me to my songs, man,” she said, “there’s no better feeling on Earth than that. And I still can’t believe it, sometimes. I still can’t believe it.”

Next up for Kash Doll is a guest spot on a song called “How It’s Done,” which features Kim Petras and Stefflon Don and is part of the Charlie’s Angels soundtrack. She’s also pondering a full-scale tour and other creative pursuits, but for now, she’s enjoying the fruits of her labor.

“I have to say, I’ve worked hard to get what I got today,” she said. “I just want to enjoy it for a little while before I go on to the next thing. But it’s all about progress, now, and once I’m done with this, I’ll be sure to make my next move my best move.”