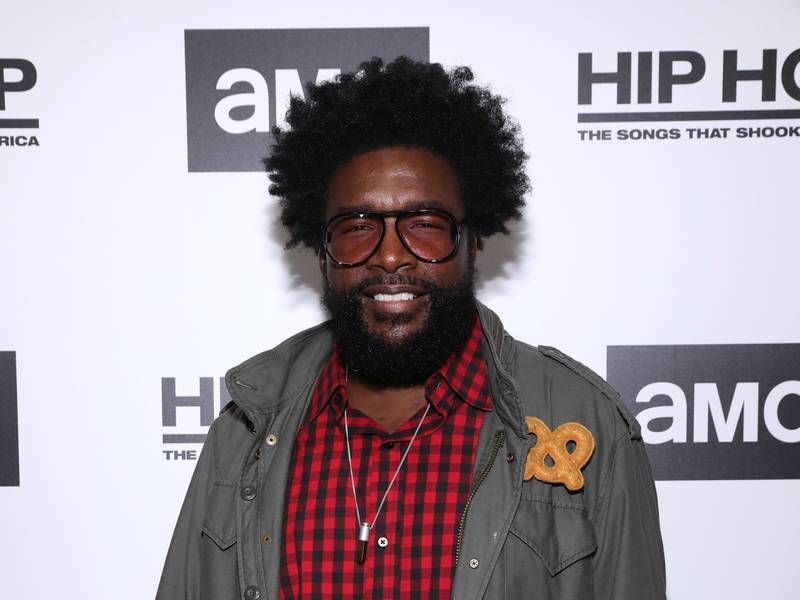 New York, NY – Questlove made an appearance on the podcast Fired Up With Brad Jenkins to promote his upcoming show Hip Hop: The Songs That Shook America, which premieres this Sunday (October 13) on AMC.

During the hour-long interview, Jenkins asked The Roots drummer to name the most underappreciated Hip Hop artist of all time. Questlove selected De La Soul and explained why he picked the trio of Posdnuos, Dave and Maseo.

“We have taken from the tree of De La Soul so many times and they have never gotten credit for it,” he said. “I’ll say that. Just as far as – I’ve watched them use samples that later been used and built empires. I’ve seen them do concepts. Everything that De La Soul has done, I’ve seen other people come in and do afterwards and it’s like, ‘Ah!’ So yeah, De La Soul.”

Questlove also spoke about his signature afro, recalling how he wanted to cut it as a child but was convinced to keep it by his parents.

“When I was a kid, kids were relentless in their teasing, I remember a lot of tears of, ‘I want to cut it, I want to cut it,’ he noted. “There was a point in 1978, 1979 where people were cutting their afros and stuff and mine just kept growing. It wouldn’t stop growing. And every night you have to braid it and pick it. And my parents they tried, you know, ‘Well that’s your crown! We named you Ahmir for a reason. Ahmir means prince and that’s what you’re going to be.’”

Listen to Questlove’s entire interview on Fired Up With Brad Jenkins below.