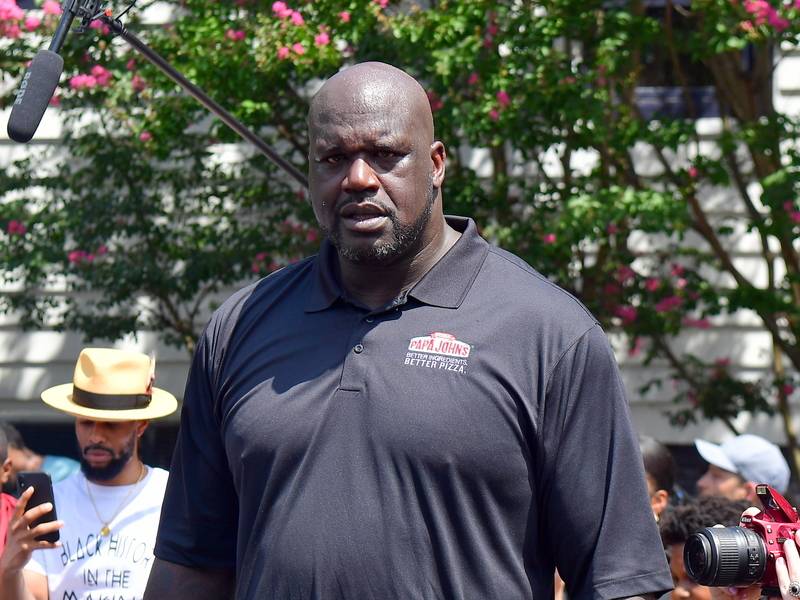 Two NBA greats from different eras are battling off the court. After Damian Lillard claimed he was a better rapper than Shaquille O’Neal on The Joe Budden Podcast, the Big Diesel fired back with a diss track aimed at Dame D.O.L.L.A.

The former Los Angeles Lakers star dropped lines such as “MVP candidate, you are not one/Platinum plaques on my wall, go and get you some” and “Call me when you get a back-to-back-to-back/Why would I wanna be a rapper, rappers wanna be Shaq.”

Shaq released the diss track because of Dame's comments on the @JoeBudden Podcast.

"People weren't looking at it like he's a real rapper. It was like, 'That’s Shaq rapping.' So, of course, it was a big deal." pic.twitter.com/SRdvy4hiqW

The track elicited a response from Dame, who dropped his own diss titled “Reign Reign Go Away.” The Portland Trailblazers point guard staked his claim as the best baller/rapper while throwing jabs at Shaq.

Dame then closed it out by declaring, “You had a moment OG, you the pioneer/But I done reached the top of this point and the climb is clear/All my bars is colder than any climate that’s near/So if you looking for the stop to the reign, you could find it here.”

Listen to Shaq’s diss above and check out Dame’s “Reign Reign Go Away” below.