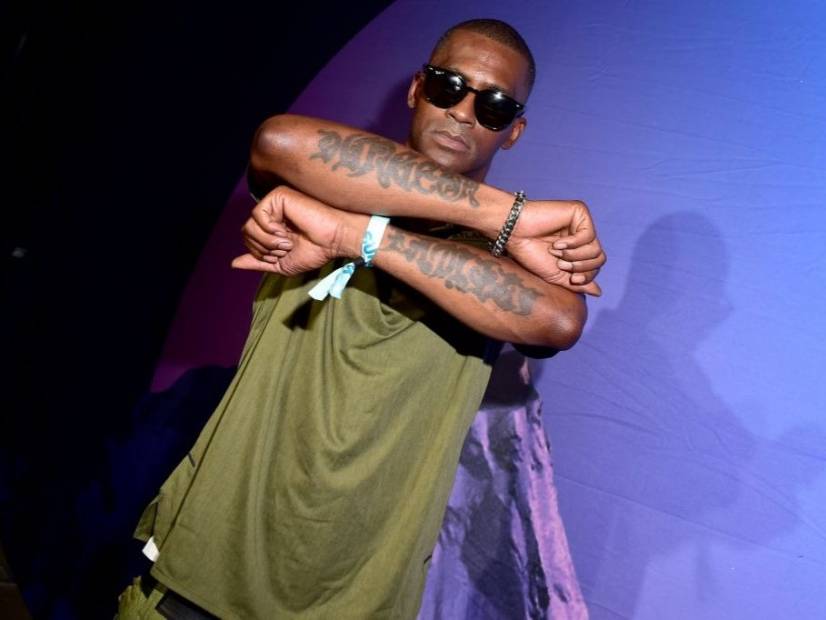 Atlanta, GA – Earthgang has recently drawn comparisons to Outkast, which has been widely talked about in the Hip Hop medium. The six-time Grammy Award winning group had several hits produced by Organized Noize. Rico Wade, a member of the production team, weighed in on their impact on the Dreamville signees, Kendrick Lamar and music as a whole.

Wade has been a part some of Hip Hop’s most successful records. He helped produce classic songs like TLC’s “Waterfalls” and OutKast’s “So Fresh, So Clean.”

The heavily-accoladed producer trio consists of Wade, Ray Murray and Sleepy Brown. The group of Atlanta natives have also produced for Ludacris, Xscape, CeeLo Green, 2 Chainz and many others. Organized Noize’s style is apropos to the group’s name — a wide range of instruments and tempo into one sonically pleasing sound.

Wade stopped by to talk to HipHopDX at the 2019 REVOLT Summit in Atlanta. During the conversation, he elaborates on how their sound has influenced some of Hip Hop’s biggest names and why he thinks it’s important to stay in tune with the youth.

HipHopDX: You’re responsible for so many hit records, [Organized Noize] is so organic, but what producers do you like or are inspired by that are out now?

Rico Wade: It’s hard to say. I like Metro Boomin, because it’s like my cousin Future, and I see Metro, I see how to add the music to his shit, I fuck with Metro Boomin. I like Sonny Digital, I like Mike Will and Zaytoven, all my little young ghetto producers I like (laughs).

HipHopDX: You are always giving back to the youth, even doing something like [REVOLT Summit] shows how much you want to give back to the next generation, which is commendable, what’s your inspiration behind that?

Rico Wade: Really that’s who control it. I have two sons, a 13-year-old and a 17-year-old. They turned me on to Chance The Rapper three years before I even heard that shit. Like the YouTube rappers, it take about a year for the YouTube rappers, but that’s a whole nother’ scene. And them artists might not even ever get big. But, you could miss out on a whole new moment if you don’t really … know what I’m sayin?

So you just really gotta keep your ear to the pulse of what’s going on sometimes, even when you established. Cuz’ I feel like, our style is being used by a lot of people, but we did it. That means they want to do it the right way, they not doing it because they’re copying us, they’re doing it because that’s right. Tuning 808s, adding Hip Hop drums with ghetto shit, rapping, making it a cluster fuck is where it’s at. That’s what makes it great, that’s why you see the Earthgangs and Kendrick Lamars … and I love it.”

@Diddy we made HISTORY with this one… Special thanks to an amazing Panel of Pioneers, and my close friends, @dallasaustin @jermainedupri @ricowadedf & @shantidas404 , The wealth of knowledge and experience on this panel made me realize how truly game changing Atlanta has been to the culture and the world. Also special shoutout to @Andreharell and @coachk44 @qcmceo_p of @qualitycontrolmusic @RevoltTV … #RevoltSummit2019 #RZ3 #Atlanta #Diddy #Revolttv #pioneerspanel #jermainedupri #ricowade #hiphop #RnB #qc #mk #trianglesoundstudios #att #404things

HipHopDX: They’re all inspired by you.

Rico Wade: Absolutely, and I love it. I love what they’re doing.

HipHopDX: Are you on the new Big Boi and Sleepy Brown album?