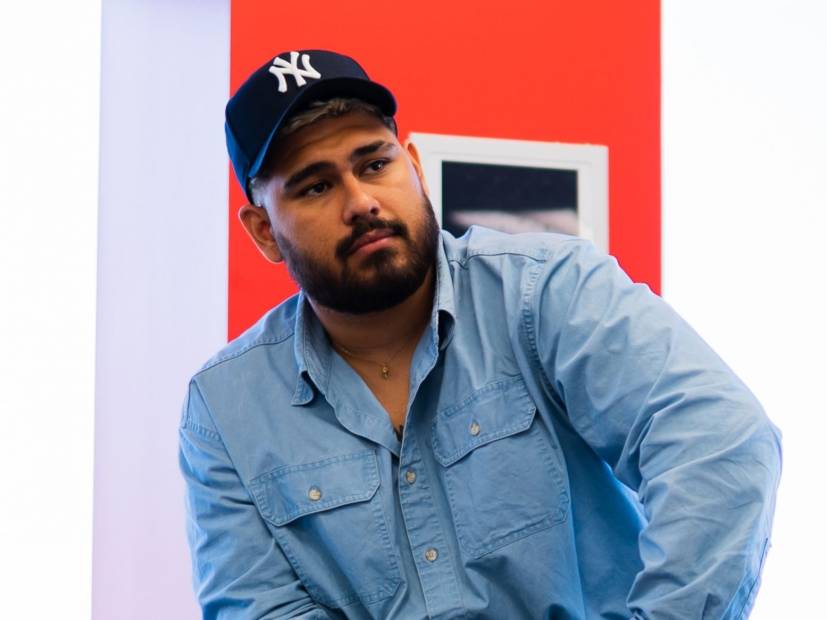 One Million Streams and Counting, Rossi Rock Refuses to Take A “Backseat” To Success

The rapper, songwriter and producer’s track “That’s My Lady” recently surpassed the one million-stream mark on Spotify, while his latest single “Backseat” got the video treatment this summer. Both effortlessly highlight his strengths and unique ability to blend classic soul and R&B with Hip Hop.

Rossi — real name Anthony Martinez — started to gain traction after linking up with East Harlem’s Tanboys and co-frontman OHLA to join them as their West Coast representative.

1MILLION! I RECORDED THIS IN A HOTEL ROOM IN THE BAY, ENERGY WAS CRAZY. I APPRECIATE ALL THE SUPPORTERS WHO RUN THIS EVERYDAY AND GO UP WITH ME AT THE SHOWS!Love🖤🎠

He ultimately caught the attention of MadeinTYO who encouraged him to sign with Los Angeles-based label The Private Club. More recently, he teamed up with Angel “AROCK” Castillo (BPM Supreme)-headed BPM MGMT and signed a distribution deal with Rostrum Records.

With his eyes firmly set on the future, Rossi is determined to rep Suav City to the core and has plenty of people in his corner.

“I found out about Rossi Rock from his friend named Richie Moon,” OHLA told Vibe. “He reached out with some dope music and a very humbling email. I checked it out and wanted to work with him.

“I thought he would fit our movement perfectly and we have a strong following on the west coast. And I knew he would represent us very well on that side. I showed it to [Bodega] Bamz and he agreed.”

Check out the “Backseat” video above and stay tuned for more music soon.