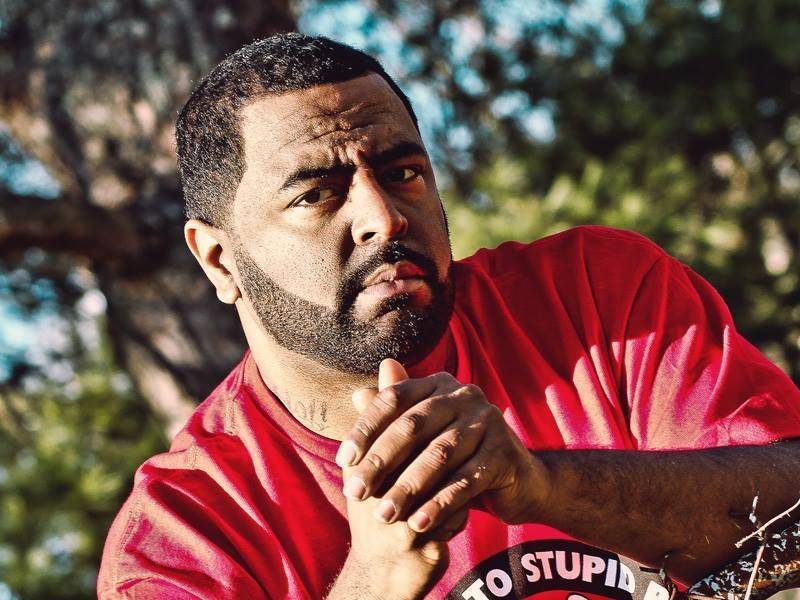 Atlanta, GA – Hip Hop is sadly mourning another loss as Atlanta’s Cutty Cartel has passed away, according to his friends and family.

Cutty, whose real name was Ricardo Lewis, was a member of the trio Jim Crow alongside Mr. Mo and multi-platinum selling producer Polow Da Don. The late artist and his group were part of the Attic Crew, an Atlanta-based collective that included notable artists such as YoungBloodZ, Shawty Putt and Playboy Tre.

Outside of his work in Jim Crow and Attic Crew, Cutty made an impact through his guest appearances on multiple noteworthy singles.

During his career, the ATLien contributed hooks to songs such as YoungBloodZ’s “85” and “Cadillac Pimpin,” Trillville’s “Some Cut” and Big Boi’s “Shutterbug.”

Cutty’s death has sparked an outpouring of tributes and mourning on social media, particularly within the Atlanta Hip Hop community. T.I., Jazze Pha, David Banner, YoungBloodZ member Sean Paul and Goodie Mob’s Big Gipp are among those who’ve shared their thoughts on their peer’s passing.

Check out the outpouring of love for Cutty below.

#RestEasy Cutty!😢Super Talented, Unique and Hilarious Dude! I remember hearing your voice the 1st time at the old @patchwerkstudio on 10th & Hemphill on “Make em Say” when Polow was doin his solo album & I said, “Who is that singin that bridge!??” “Polow said that’s Cutty Cartel & MR MO on the other Verse!” I was Like hmm 🤔 💭 Maan this could Be a Dope ass Group! Low was wit it! So Me & Noonie Signed em & they Became #JimCrow & So much history was made since then just because of that Decision! Glad to have been a part of Your Legacy my Guy! Love Fa Life & God Bless the Family! Until we meet again! 🙏🏽 🙏🏽🙏🏽🕊🕊🕊 #LongLiveCutty #AtticCrew #Bandits #HollaAtAPlaya

Instagram blocked the video I posted. I love this image of him. @shawnrenaegh I saw the watermark and knew it was your work. ❤️ I grew up in Atlanta and experienced this era of music first hand. Cutty Cartel was on pretty much everything that came out of Atlanta in the late 90s. He was very talented and he was always cool when I saw him. He had great energy. I didn’t know him well, it was always love every time I crossed his path though and we saw each other frequently at Club Kaya Sundays. The music scene here overlapped and we all partied together. That’s one of things I loved about Atlanta back then, indie, underground, mainstream, trap, etc. it didn’t matter. We had a mutual respect for each other. You can’t mention Atlanta music without mentioning Attic Crew period. RIP Cutty. My condolences to his family, friends and fans. He was truly one of a kind. #jimcrow #crowsnest #atticcrew #thesouthgotsomethingtosay #atlantalegend #cuttycartel

Dayum bro , I’mma def miss you Cutt you definitely taught me everything when I was a git and told me to stay down with this mursic shit and never hide from the world cause the world would end up hiding from me, I love u bro u one talented ass writing ass singing ass real ass nicca , I pray for strength and comfort for your fam and friends , I consider u a legend #RIPCUTTYCARTEL

I still feel numb not only for me but for our son Zion. As I try to find the words to comfort his broken heart and prepare him for days to come all I can do is pray. God knows best and in time our pain of losing you will get a little easier but never go away. You will forever be in our hearts and in a better place. Give Heather a hug and kiss. Zion sends all his love. Rest In Peace Ricardo AKA #cuttycartel #jimcrow #atticcrew @neveaswitchup

Boy this is another hard one to deal wit. Damn we just talked a few months ago and as always you had a million ideas to get money. Man we gone miss you!!! #COALITIONDJS R.I.P Ricardo @bleumagazine #CuttyCartel #AtticCrew 105 Creel Roads Finest!!! 💔 #JimCrow