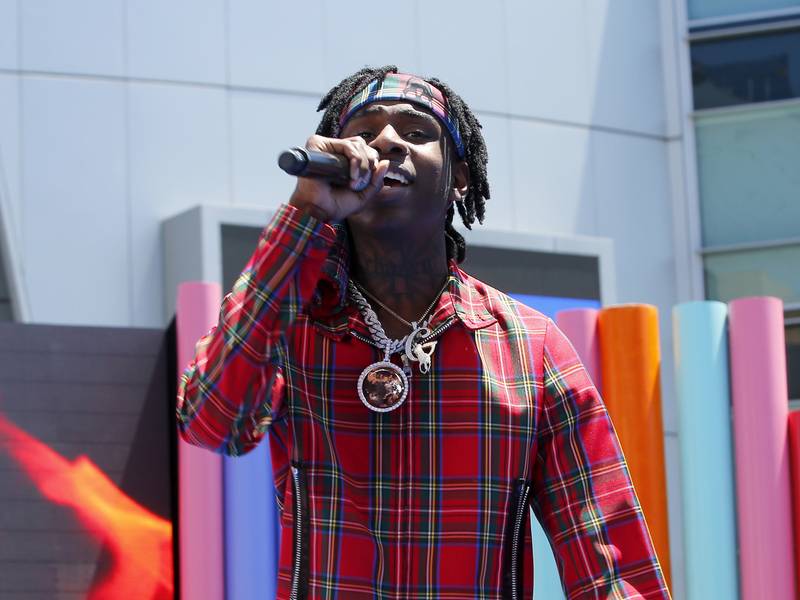 Polo G Hospitalized After Getting “Too Lit”

Polo G was hospitalized and claims he almost lost his life after getting “a lil too lit” this past weekend. The Chicago-bred rapper posted photos of his hospital wristband and IV, as well as a picture of him and his dad, who he says had his back in the emergency room, on Monday (August 12).

“I gat a lil too lit last night & woke up Inna Emergency Room almost lost my Life,” Polo shared via Instagram. “Ma Pops made sure I was straight & back on my square On Gucci ion take that For Granted love dat man to death.”

Polo hasn’t updated fans on his health, but he posted a photo of himself out of the hospital — along with lyrics from his Lil Durk collaboration “Possible” — on Wednesday (August 14).

“Givin ta Da Trenches took advantage of my kindness,” he wrote on Instagram.

The 20-year-old rapper recently released his “Through Da Storm” video from his debut album Die A Legend, which dropped earlier this year and reached the Top 10 of the Billboard 200 chart.

Polo is scheduled to head out on his Die A Legend Tour later this month.