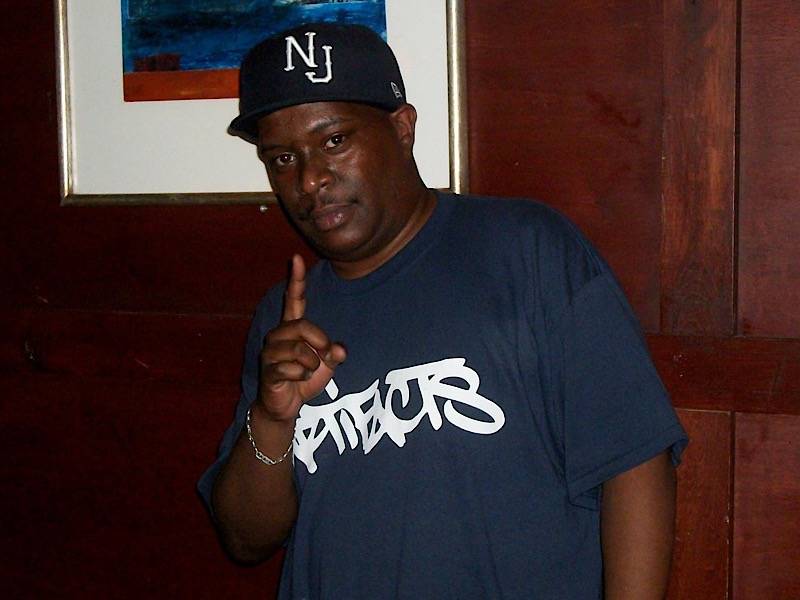 Newark, NJ – El Da Sensei took to social media on Monday (August 5) to announce longtime friend and DJ for the Artifacts crew, Shawn “DJ Kaos” Perry, had passed away. The tenured Hip Hop trio — comprised of El Da Sensei, DJ Kaos and Tame One — got together in ’90s.

“With a very heavy heart I’m so sorry to say me and Tame have lost our DJ/Brother/friend Shawn Djkaos Perry today,” El wrote in a Facebook post. “I’m truly sad right now and I never thought I’d be posting anything like this about my brother Kaos.”

With a very heavy heart I'm so sorry to say me and Tame have lost our DJ/Brother/friend Shawn Djkaos Perry today! I'm…

Perry became the group’s permanent DJ following Artifacts’ 1994 Between A Rock and A Hard Place debut, becoming a fixture on their sophomore That’s Them LP — a role he took over from the late Roc Raida. El revealed Kaos actually had to audition for Artifacts through Raida.

In a 2017 interview with 247HH, the group explained Raida — who provided all the cuts for their debut — had ultimately decided to walk away from the group after becoming more involved in the DMC circuit. (He won the 1995 DMC World DJ Championship and was inducted into the DMC Hall of Fame in 1999.)

Through the group split up not long after the release of their sophomore project (with Tame, El Da Sensei and Kaos all remaining individually active), the group reunited after an impromptu on-stage appearance during Rocksteady Crew’s anniversary weekend in 2008. They’ve been performing and recording together ever since.

Sensei’s sentiments carried on via Instagram where he called Perry the group’s Jam Master Jay.

“DJ Kaos will be the only Artifacts DJ ever … he is our Jam Master Jay!!! There will never be another,” El wrote. — also sharing love for his partner-in-rhyme Tame One. “This will make us stronger!!!”

Dj Kaos will be the only Artifacts DJ ever. He is our Jam master Jay!!! There will never be another. @enpsychlopedia_brown love you bro. This will make us stronger!!! Thank you to all for the support and please share your Dj Kaos stories with the world to let them know he was a good genuine dude. A walking hop hop jukebox and could dig with the best. Kaos was funny as hell too. So many stories. Shorty Spook aka Wax Murdera!!!! We will miss you!!! #artifacts #djkaos1200 #eldasensei #tameone

HipHopDX sends their deepest condolences to Kaos’ family and friends. A GoFundMe has been set up to help cover his funeral costs. No cause of death has been revealed.

This is one of the best ways I'll remember you and will never forget how talented and skilled you were and what you brought to the Artifacts crew. We put Kaos on after seeing him cut at Military Park in Nwk. He was on stage with his group (Champ) he was juggling Gangstarr Manifest and me and Tame heard that shit and went immediately to the stage. He was killin it. I went to them asked all their names but of course I asked K for his number. I called him a few times afterwards then went to his crib in Hillside that's where I got to know him and learn to be a better DJ which he taught me too. I remember calling him to ask what he was doing cause we needed a permanent DJ. We was in Texas like yooooo what you doing K….him..nothing. Nothing like what K? Who you spinnjng for. Uuuuuh no one. We locked him in instantly. Kaos had to actually audition for Artifacts through Grandmaster Roc Raida too,..yup. 1996 me Tame Raida and @mistasinista sat in a van with us playing the That's Them album. Raida said let me hear what you got…you can see K was nervous. Lol. Every song tho Raida nodding like ok okklkkk!!! I already knew he would approve. And he did….he told Kaos you good bro and El i feel comfortable with him working with y'all after me. That shit made Kaos night. He was like my third brother and me his big bro. I love you my dude i will never forget all the fun and laughs! Rest Easy now… I don't want y'all to be sad out there. Kaos is in a better place and no pain. let us celebrate his life and give him a good send off. I'd you own an Art of Digging CD please play it loud and with pride today cuz that's what Kaos put into making those CDs with @maleet1981 and @p_original AOF CREW 4 LIFE