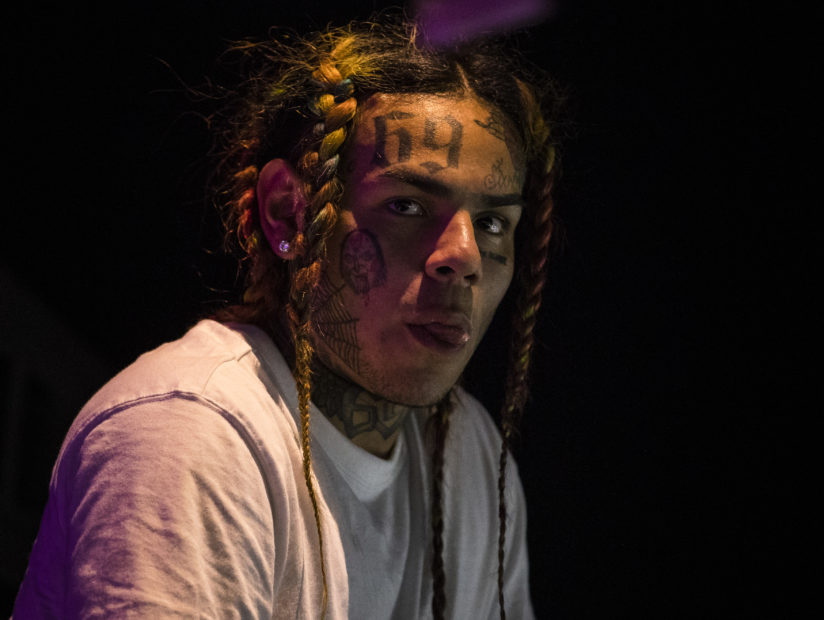 New York, NY – Tekashi 6ix9ine’s current ride-or-die Jade appeared to be in a nostalgic mood this week. His ever-loyal supporter apparently wanted her Instagram followers to get an intimate look at her relationship with the incarcerated rapper before he was sent to prison last November.

On Thursday (August 1), Jade hopped on the social media platform to share a throwback video of 6ix9ine …  sucking on her toes.

#PressPlay: #6ix9ine's girlfriend out here missing the love he shows her toes 👀😩

Jade wasn’t done there. She also posted up a video of herself grinding on 6ix9ine’s lap in what appears to be a club. The party must have carried on to the vehicle where the toe-sucking incident occurred. She’s wearing the same dress in the both clips.

6ix9ine’s girlfriend made headlines earlier this week after she appeared to blow the lid off the Brooklyn native’s potential prison release date. In a since-deleted Instagram post, she wrote “6 more months motherfucker” in the caption.

The polarizing artist is expected to go to trial in September to face federal racketeering charges. So far, the majority of his co-defendants have taken plea deals in an effort to receive lighter sentences. Last month, the first co-defendant, Jesnel “Ish” Butler, was sentenced to 60 months behind bars.