#DXCLUSIVE: RJ On Releasing Debut Album "On God" & Why He Should Be At More Festivals 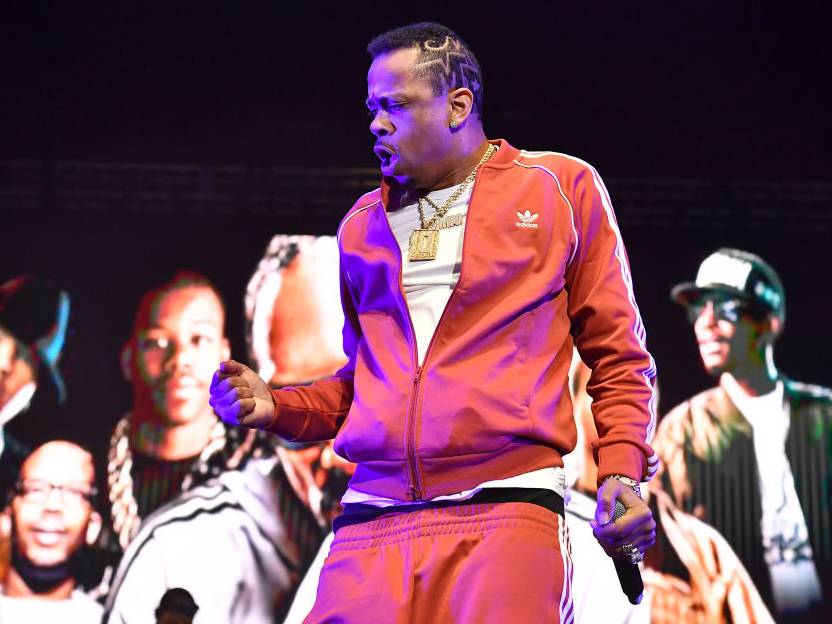 Long Beach, CA – RJ recently did an interview with Power 106 with the LA Leakers and spit a ridiculous freestyle that also doubled as the announcement of features on his upcoming debut album On God.

HipHopDX caught up with him at Snoop Dogg’s Once Upon a Time in The LBC music festival and spoke with him about his upcoming album On God, and his desire to kill more festival stages in the near future.

HipHopDX: What has been your favorite part of performing here at OUTLBC?

RJ: My favorite part is just getting up on stage and just watching the crowd reaction. It’s kind of funny because this seems like a concert for the vets, you know, and it’s like they going up to my shit, an up and coming artist — well I’m kind of solidified now, you know, but it feels good to be among the vets.

6:40PM: Following some technical difficulties with my press credentials, I missed a couple sets but got back in the events park to catch the end of @rjmrla set… He had the crowd L-I-T AF. ????? pic.twitter.com/Ru6edP1SCd

HipHopDX: What’s it like to have that validation, especially considering you grew up in Southern California and watched many of the vets shape the game as we know it today?

RJ: I feel like, it’s an honor being here, like I said, amongst the vets, and doing my shit, and the crowd reaction was so crazy, you know what I mean, it feels good. It’s like, this is what I been waiting to get to, the real festivals and show the people that I can do festivals instead of just hole-in-the-wall clubs and shit. I mean I love the hole-in-the-wall clubs too, it’s all just a good vibe and shit but, you know, you can pack more people into festivals and stadiums and shit — and what I did today was show my range. My voice is just so big, people don’t understand that I can rap my shit to a million people.

When I tell you @rjmrla did not disappoint at Once Upon a Time in the LBC!!!!! pic.twitter.com/lpDtT42ZZQ

RJ: Like, if we were out here raving or some shit, like, I’d really do my shit, you feel — and for the people that don’t know that, you know what I mean, they need to know that and it was good to show them today that I can still turn-up at a festival atmosphere. It was all love, especially to do it amongst the vets, it was like amazing.

HipHopDX: After your performance today I don’t think there is a doubt in any of the minds of your fans that you can turn up.

RJ: Nah, not just the fans, the fans know. When I say the people I really mean like the people who are controlling this, the people who are throwing the festivals. I feel like I’m left out a lot and I feel like me being such a big artist I should be apart of all these L.A. festivals — you know most of the festivals are in L.A. or California, and I feel like, you know, they kind of count me out or something like that. I mean, the fans love me, the fans know what’s up. Every time I pop out, they go crazy, but it’s like, the organizers don’t be hollering at a nigga lowkey.

RJ: And it’s like — I’m not bitter because I know what my pockets look like, but I feel like they’re depriving the fans of a great artist, you know what I mean. So I mean I want to thank OUTLBC for allowing me this opportunity to show other showcases that I can do my shit bro — cause this is what I want to do I was born for this shit, this is what I do. I got my kids here and they look at me like, damn — at home I’m daddy to them, but when they see me amongst these fans they be like amazed, and I want to continue to do that, you know what I’m saying.

HipHopDX: What’s next for RJ?

RJ: The sky’s the limit as far as my next ventures and what I’m into and what I’m about to do — I’ve never really been like, ‘Oh I’m bout to do this and this and that,’ I really just be doing shit and embrace the people that way. Even when I drop music I try to just drop the music and let the people fuck with it that way, like first come, first served type shit. As far as everything, I’m really just pushing my album that’s so dear to me, I’m pushing that, and I really want to give that a good push so the people can get a good feel of the music — cause I make real good feel-good music with lyrics, and that’s the thing that people don’t understand is a real skill that I have.

RJ: I’m not being cocky or anything, but I am skilled at what I do. I feel like, I want people to really understand that — it’s not easy to make somebody dance and give em’ game at the same time. It’s not easy to do that, or else you would have a million artists like me. But as far as the music, I just want to push it more and let em’ get the vibe. I’m already working on my second album, my debut album about to drop, it’s called On God — it’s my testament, it’s my truth, as well as feel-good music, money motivated music.

It depends on what mood you in, I got that for you. On God is my debut album, we finally got everything cleared up on a professional level to drop it. It’s coming soon man, coming real soon, like, when you wake up muthafuckin’ wake up it might be here man (Laughs).

RJ has shared a number of releases lately, including his Young Thug-featured single “Time” and the music video for “Apartments.”

Check them both out below.