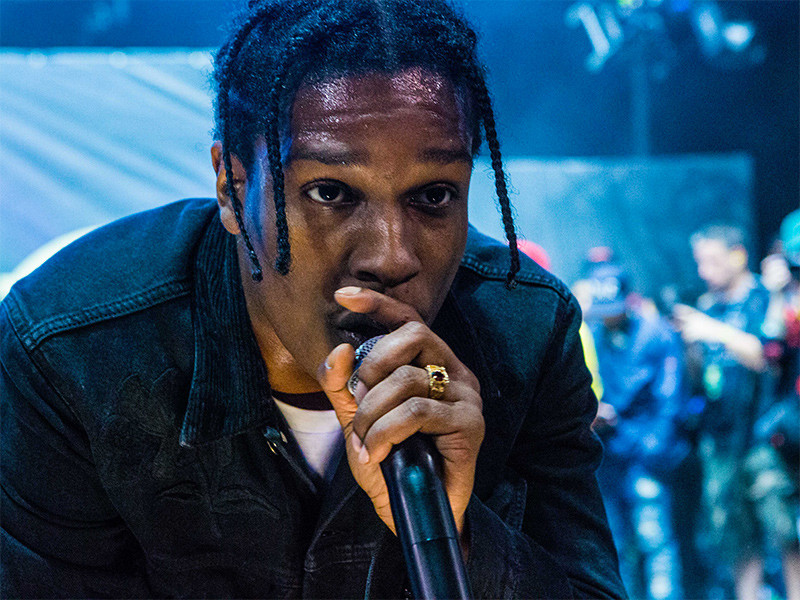 One woman’s A$AP Rocky fandom went overboard last week when she caused a disturbance at the Swedish Embassy in Washington, D.C.

26-year-old Rebecca Kanter was arrested by United States Secret Service agents this past Tuesday (July 23) for a disruptive incident at the House Of Sweden, which contains the embassy. One day prior, she allegedly showed up to the premises and threatened to “blow this motherfucker up” while throwing liquid from a Coca Cola bottle at the entrance.

Secret Service issued a BOLO (Be on the Lookout for) message to law enforcement Monday (July 22) following the first incident but didn’t locate Kanter.

After returning the next day and successfully getting past security, the fan resumed her attempt at protesting for Rocky, who’s been detained in Sweden for weeks while facing assault charges. She allegedly began cursing and screaming at embassy personnel and a group of students on a tour.

According to the Secret Service, Kanter kicked a teepee display and coffee table in the House of Sweden. After being ordered to leave, she sat down on the floor in defiance.

“Call the police. I’m not leaving,” she allegedly said, leading to her arrest.

The Secret Service also claimed Kanter complained about not getting attention for her actions via social media.

The trial for Rocky’s assault case is scheduled to begin Tuesday (July 30) in Sweden. It is expected to last three days.