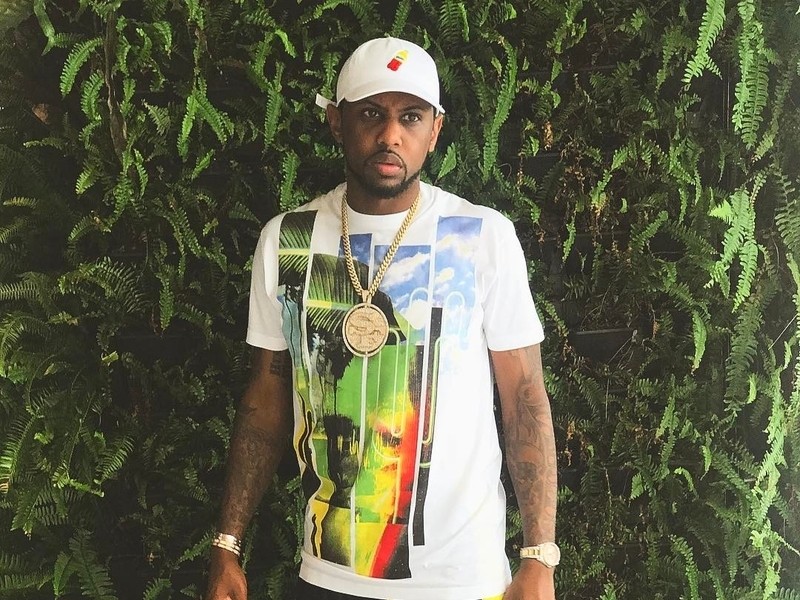 According to an article published by TMZ on Thursday (July 25), Fabolous was casually enjoying a Mexican lunch in New Jersey last week with a new flame after they were certain he had split with his longtime girlfriend, Emily B.

But Fabolous says, all of that information was false and he’s exploring his options for retribution.

“I’ve never said I Split up from EMILY,” the veteran MC exclaimed in the first of two Instagram PSAs. “I love EMILY Bustamante!!! We are a couple working on our relationship. That @tmz story & blogs are LIES.”

I LOVE YOU EMILY ❤️ That @tmz_tv story is fake. I never told anyone I split up from Emily. And I wasn’t on a date. That whole story is made up. #TMZ

He continued to rail on the giant publication in an adjacent post: “@TMZ posted a lunch meeting I had wit a Female Teacher & said I was on a date & added a bogus story that I cut off or split from EMILY.

“This is Deflamation of character!!!!,” he continued. “I’m going to reach out to my lawyers to take action!! This is Baseless & affecting my likeness, my character & MY FAMILY.”

These blogs are making fake stories & breaking up families. Complicating people’s lives for a story!! For some clicks. @tmztv_ ran a baseless story with no confirmations from me or @emilyb_ I LOVE EMILY B. ❤️

Within the article, TMZ claims Fab “and his long-term girlfriend, Emily B, have called it quits … and Fab has rebounded by breaking bread with another hottie” per their sources.

Fabolous and Emily B’s relationship dates back well over a decade but trouble in paradise was realized in October 2018 when he was arrested for domestic violence after allegedly knocking out some of her teeth.

As for TMZ, they’re sticking to their guns and sources stating, “the 2 haven’t been together for nearly a year … and it was her decision to call it off. Despite Fab’s claims they’re still trying to work it out — we’re told, for now, Emily says it’s over — and Fab is trying to save his family.”