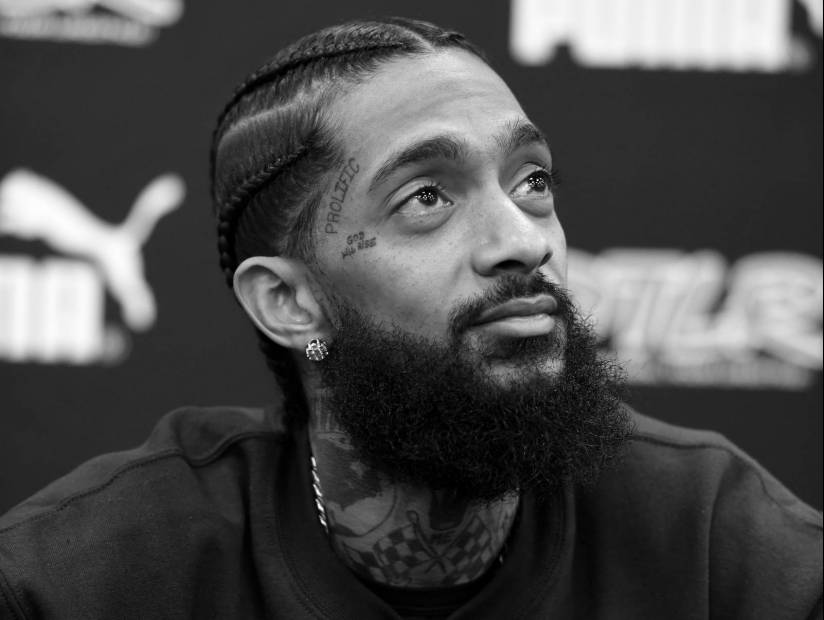 The woman who reportedly helped Eric Holder getaway after he allegedly gunned down Nipsey Hussle on the afternoon of March 31 told investigators the shooting was prompted by snitch talk.

According to court documents obtained by TMZ, the woman, identified as Witness 1, says she was hanging out with Holder that March 31. Hungry, they decided to grab food from The Marathon strip mall where they immediately recognized Nipsey standing outside his store.

Witness 1 says she was excited and had hopes of taking a selfie with the Grammy Award-nominated rap star.

After Holder grabbed food from the adjoining burger joint, he made his way to Nip and that’s when the dispute began.

The woman says she reportedly heard Holder ask Nipsey if he’s ever snitched before. In response, Nip motioned for Holder to go way while accusing him of being a snitch.

Holder then returned to Witness 1’s vehicle and reportedly asked her to drive around the corner of the strip mall. She claims he pulled out a semi-automatic handgun and witnessed him cock it back before telling her he intended on performing a drive-by.

Witness 1 was against it, so Holder got out of the car, put on a red shirt and instructed her not to leave. Holder reportedly got out of the car and went through a back alleyway to get to Nipsey in front of his store. She says that is when Holder shot Nip several times while striking two others.

Witness 1 spoke with LAPD two days after the murder and is not expected to be charged in connection with Nipsey’s murder at this time.

Holder was indicted by a Grand Jury in May. He pled not guilty to all charges.

Nipsey was honored at the 2019 BET Awards held at the Microsoft Theater in Los Angeles on June 23 and was also the winner of Best Male Hip Hop Artist.