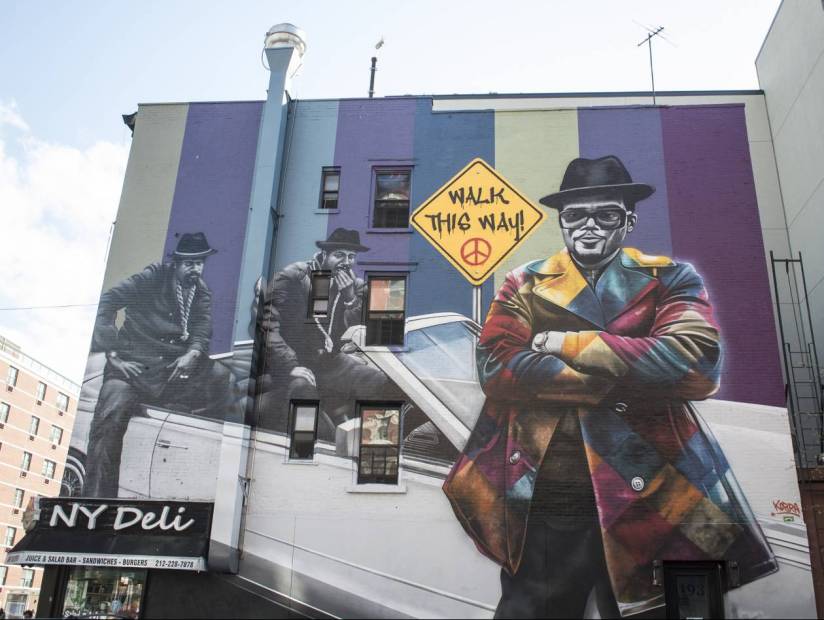 Darryl "DMC" McDaniels On Run-DMC's 35th Anniversary: "We Weren't Trying To Be Revolutionary"

New York, NY – It’s certainly hard for anyone born after 1995 to appreciate the difficulty in getting Hip Hop accepted by the mainstream. Beforehand, MTV was the sole bastion of forward-thinking music and a chance for the otherwise-unaware to discover new musical genres and artists. And even they were loath to accept Hip Hop in its original incarnation.

Early 1980s rap that was more “funk” based — pulling samples from the likes of Chic, The Gap Band, and Rick James — wasn’t easily accepted by “White America” and the network that had to be threatened with a content shut-out before they would air Michael Jackson.

But for Darryl McDaniels — known best as “DMC, one-half of the legendary Run-DMC duo — none of that mattered to him and his compatriots when they were recording what would be a groundbreaking classic.

“When we were recording “Walk This Way,” we weren’t trying to be revolutionary,” he told HipHopDX. “We were just doing what we loved doing. You know, back then, you couldn’t call yourself a musician of any kind if you didn’t know your history. And for us, it wasn’t just us knowing our funk bands or our R&B crooners — although we certainly knew them — but, knowing our rock riffs, as well.”

McDaniels is waxing nostalgic at the Run-DMC Pop-Up Shop, which just completed its limited run in New York City. The pop-up shop was designed to celebrate the 35th anniversary of the group’s self-titled debut album — an album which not only was groundbreaking for the group itself but groundbreaking for Hip Hop as well.

Eschewing the pageantry and the production styles of their more flamboyant contemporaries, like Grandmaster Flash and the Furious Five, Run-DMC single-handedly created the common vernacular of Hip Hop that is still in use today. In addition to the slang, the gritty production style, and the copious use of samples, Run-DMC was the first group to, simply put, keep it real.

And it’s here, at this pop-up shop — surrounded by well-preserved Adidas sneakers, 24k gold rope chains under glass, and copies of Kerrang and Right On magazines featuring the group — that Hip Hop’s history is enshrined, at least temporarily.

But if there’s history to be had here, McDaniels is reflectively sanguine in his group’s role in creating it.

“We were just doing what we loved,” he said. “You know, when you’re in the thick of it — when you’re writing, recording, touring — you don’t think, ‘oh, today I’ll make history!’ You just do what you love and you hope it reaches the people it’s meant to reach.”

And now that his group’s history has been crystallized — now that his place in the Hip Hop (and rock!) pantheon has been secured — how does he feel about it all?

“It’s amazing, of course,” he said. “I’ve keyed in on the core things that bring us together: music, fun, family, friends. What more could I ask for?”