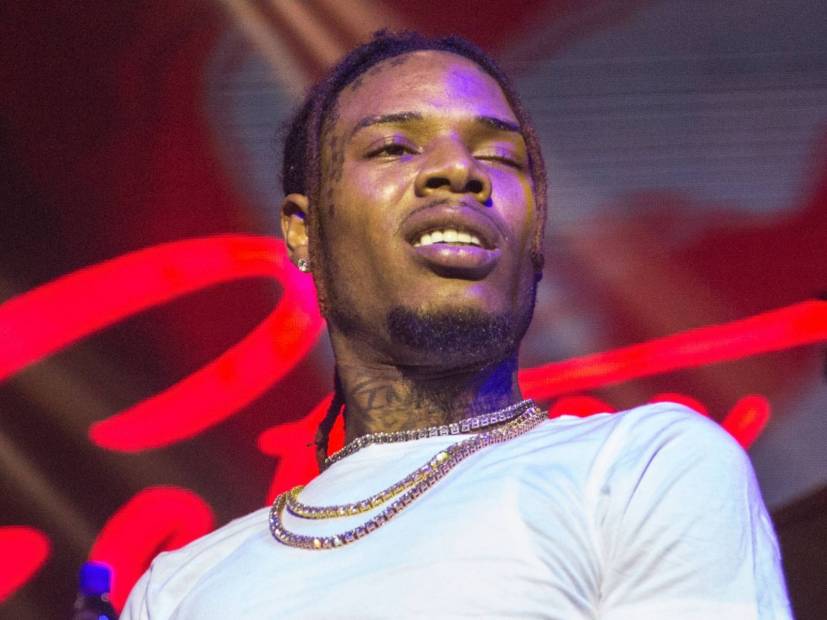 Hollywood, CA – Fetty Wap is reportedly under investigation by the Los Angeles Police Department for felony battery after allegedly manhandling a woman he’d just met at a video shoot.

According to TMZ, the accuser filed a police report on Wednesday (June 19) after an alleged incident at a Hollywood Hills home. Sources close to the situation revealed Fetty and the woman were both at a music video shoot earlier Wednesday.

After it wrapped, Fetty invited the woman and several others to a party at an Airbnb. Later that evening, the accuser went into a private room with Fetty and they allegedly got into an argument about the other women he brought to the house.

In cell phone footage of the altercation, she claims Fetty pushed her and dares him to do it again. He then appears to smack the phone out of her hand.

One of the accuser’s friends was reportedly in the room at the time and witnessed everything that went down.

Law enforcement sources said Fetty is currently a battery suspect and detectives will try to interview him about the allegations.