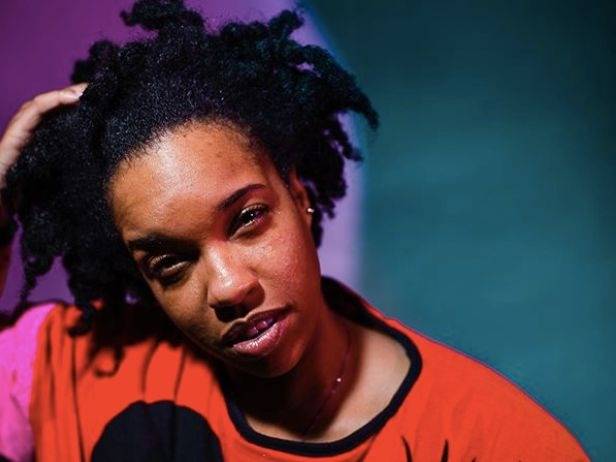 On the surface, Psalm One comes across as a strong, powerful and talented woman. But for several years, she was dealing with every woman’s worst nightmare: domestic violence. In the process, she attempted to quell her pain with substances.

In a recent conversation with HipHopDX, the Chicago-bred MC opened up about her struggles and revealed her new album, Flight Of The Wig, is essentially the result of the tumultuous ride she had to endure.

Since the release of 2016’s Gender Fender Bender, she admits she’s “basically been healing.” Consequently, the nine new tracks on Flight Of The Wig feel like definite proof she’s back and more fierce than ever.

“In 2015, I challenged the rap boys club at my record label while simultaneously ending an eight-year romance with domestic violence,” she told DX. “My group, The Rapperchicks, were also embroiled in local drama and I was escaping through drugs.

“Gender Fender Bender was literally me letting go of all the music that was associated with me from that terrible fucking time in my life. After releasing that triple album, I was contemplating quitting music.”

Rather than give up, the Rapperchick forged ahead and eventually found herself back on the mic.

“After helping a few other people with their musical endeavors, I was finally ready to rap again,” she said. “I started planning a few projects in 2018 and began mining my brain for gold. I’ve been pretty abstract my whole career — showing y’all how good I am with words.

“Now, I wanna show people how good I am with life. I’ve survived a lot and that makes me powerful. That’s what you hear. Survival. Thriving. Therapy. Health.”

For the majority of women involved in Hip Hop, it’s still rocky territory out there — and always will be. However, Psalm One is encouraged by the currently evolving musical landscape.

“The answer to this question hasn’t changed in the time I’ve been rapping,” she explained. “Hip Hop will always be a tough space for women, but 2019 has had female-fronted rap take more of the spotlight than ever before. It ain’t easy, but it’s getting easier. There’s strength in numbers and so many women are out here crushing it. That’s hard to ignore.”

Flight Of The Wig was released via BandCamp late last month. Like most 30-somethings, Psalm One has had to adjust to the way music is consumed these days. When she was growing up, it was cassettes and vinyl. Streaming, of course, was something entirely new.

“From tapes to CDs to mp3s to streaming to what’s next? Music by injection?” she said with a laugh. “Sometimes you have to take a seat, and you usually have to accept that you don’t know everything. How I released music in 2001 is not how we do it now. Can’t be stuck in your ways.”

Got off Drugs then got Thick again 🧜🏾‍♀️

At this point in Psalm One’s career, her goals have evolved. It’s not about sales or anything like that — it’s more about wanting her fans to get to know her again.

“Some rappers fall off,” she said. “Some rappers get better with age. I’m the latter. Don’t judge me by the way I dress, my looks, my sexual preference, my age or any of the bullshit people use to overshadow the music. Judge my growth. You’ll find I’m one of the dopest voices out here.

“I’ll do a little touring for Flight of the Wig, but I really wanted to reintroduce myself to my fans and let them hear the growth. Let them know I haven’t been silenced and I’m not going anywhere. I’m actually getting better.”

Psalm One plans on dropping The Rapperchicks album next, but check out Flight Of The Wig above in the interim and cop it here.