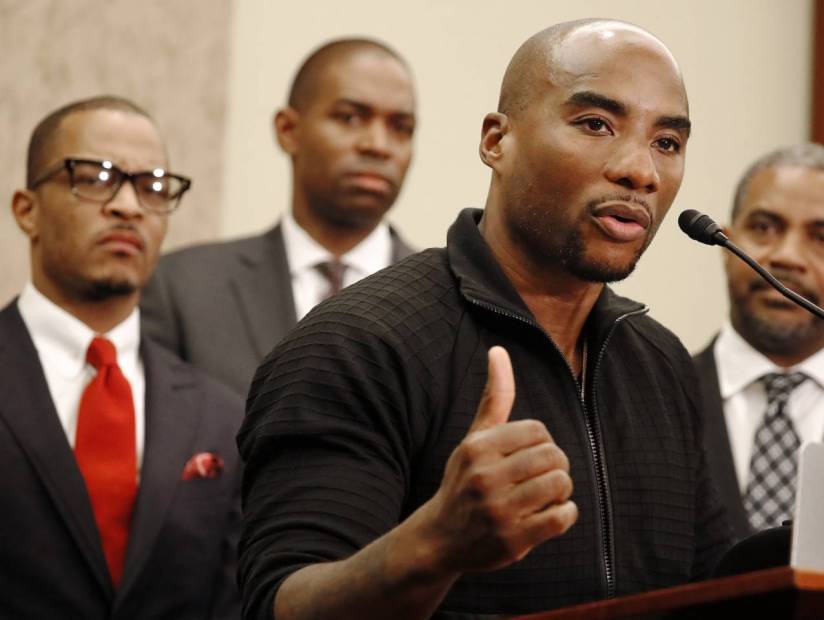 Washington, D.C. – On Wednesday (May 23), T.I. and Charlamagne Tha God offered additional support to a Congressional Black Caucus press conference as they stressed the importance of closing the wage gap within African American communities while also elevating their economic development.

The Hip Hop stars were flanked by lawmakers Re. Antonio Delgado (D-NY) and Steven Horsford (D-NV) as they discussed leeway in the Tax Cuts and Jobs Act, Nipsey Hussle’s contributions to the initiative and more.

“We spoke about opportunity zones. You’re talking about not just an opportunity for folks who have been marginalized or exploited or left behind, you’re also talking about opportunity for Hip Hop,” Delgado, notably a former rapper, said according to The Hill. “Because what Hip Hop has done over its lifetime, has put brothers and sisters who’ve come from tough circumstances in a position to elevate their individual lives and at times their communities.”

On Thursday, Charlamagne spoke on Nipsey’s involvement — in the past and present day.

“Nipsey was the epitome of a leader,” The Breakfast Club host said on air while outlining his Our Opportunity investment fund. “We were on Capitol Hill yesterday advocating for it with members of the CBC and lawmakers and of course, Nipsey would have been and salute to David [Gross] for seeing his vision through.”

During the press conference, T.I. also spoke on the slain rap star’s presence on the front lines.

“Everybody knows that Nipsey was pretty much the founder of the idea to bring everyone together who, you know, may individually be able to do great things and make a significant impact on their own in their communities,” Tip explained. “But for us to come together, we can impact so, so many more communities and spread our efforts so much wider.”

For more information about the CBC, visit the official website.