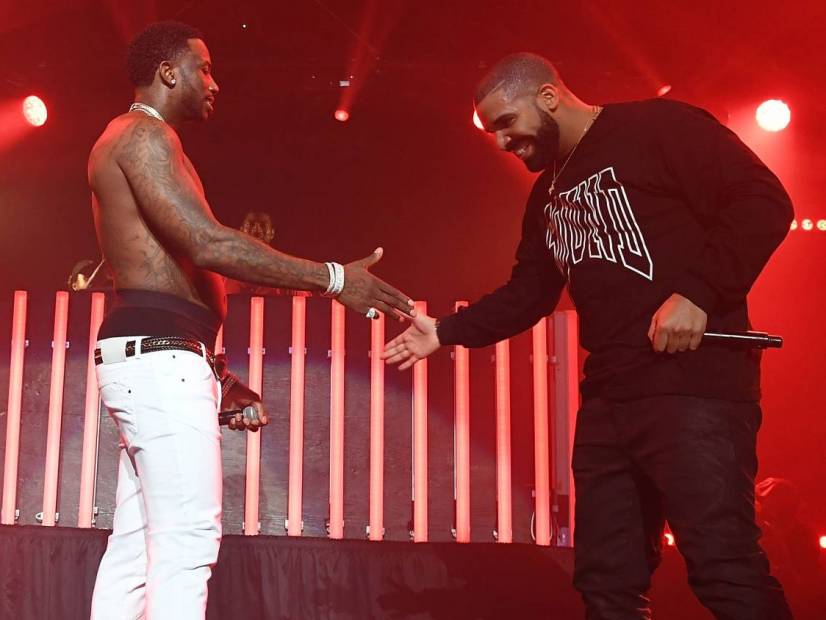 Gucci Mane Kicks It With Drake During 1st Canadian Visit

After it was first reported by TMZ on May 8 that rapper Gucci Mane would, in fact, be allowed to enter Canada (despite a lengthy rap sheet), Guwop was in Toronto on Sunday (May 19) for Game 5 of the NBA Eastern Conference Finals at Scotiabank Arena.

“1st time in Canada … it been fun already,” Gucci tweeted, sharing a picture of himself (rocking a Milwaukee Bucks jersey) and Raptor’s Team Ambassador Drake.

1st time in Canada ?? it been fun already pic.twitter.com/avx67trrXA

Guwop was initially planning to kick-off a 10-stop Live In Canada tour this month, but according to his rep, he is postponing it until September when his new album is complete. Oddly, Toronto wasn’t one of the scheduled stops — but as he takes the time to put together a “bigger and better” show, that may change.

Though he rapped that ”Drake said he gon’ pull some strings” on the 2016 song ”Both,” it was actually the work of an A1 immigration lawyer, who secured him a temporary resident permit for his tour. The Canadian border is known for being especially unforgiving when it comes to any record of criminal activities, with names like Chris Brown, The Game, G-Eazy, and most recently Kodak Black, being turned away.