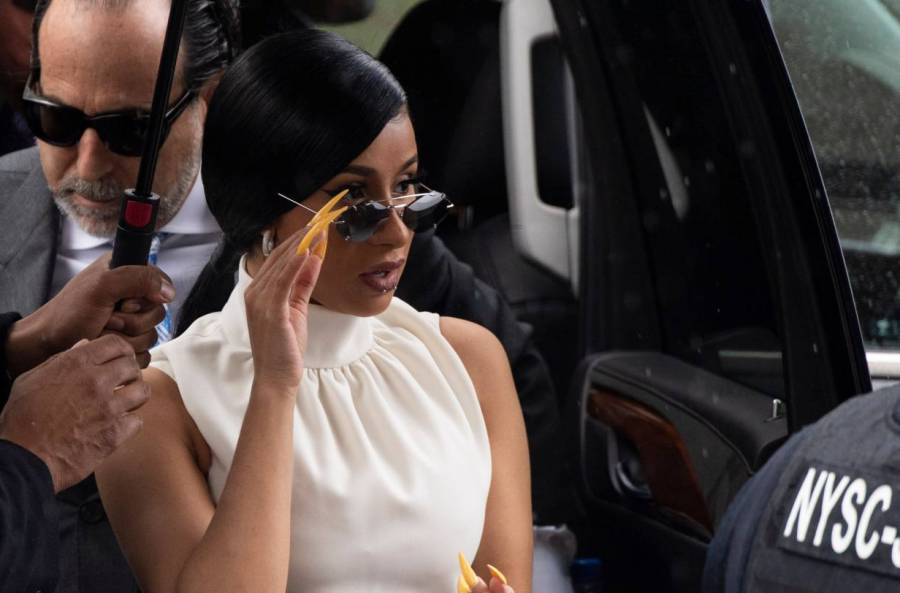 Cardi B Entangled In $1M Lawsuit With Vlogger Latasha K

Cardi B is being sued by entertainment blogger, Latasha K, for one million dollars due to threats and loss of revenue according to The Blast. Court documents submitted state the controversial pundit had to relocate because of the potential danger and “gang-related” threats.

Additional, the vlogger says she is suffering from severe emotional distress, anxiety, stress, insomnia, humiliation, and depression during her pregnancy.

The lawsuit is a counterclaim from Cardi’s defamation suit against Tasha K. The YouTuber alleged Kulture, child of Offset and Cardi B, could be born with intellectual disabilities due to drug use, TMZ reports. The suit also includes allegations that the Grammy award-winning rapper was a prostitute and had herpes, made during an interview with Starmarie.

Tasha K claims the “Clout” rapper reached out to her privately asking for the posts to be removed. The YouTuber offered to interview with her instead, which was rejected.

“Cardi B began to publicly defame Ms. Kebe, referring to her as ‘this blogger lady, by stating that Ms. Kebe makes up fake stories; harasses all of Cardi B’s friends; constantly stalks Cardi B; falsely claims that she has legitimate sources giving her information about Cardi B; uses Cardi B’s name for ‘click bait’; and many other false accusations,” she states in court documents.

Lastasha K has a YouTube channel, unWinewithTashaK, with almost 600,000 subscribers and proclaims she runs numerous other social media accounts for her entertainment blog. She says her income is declining from lost advertisers and subscribers.