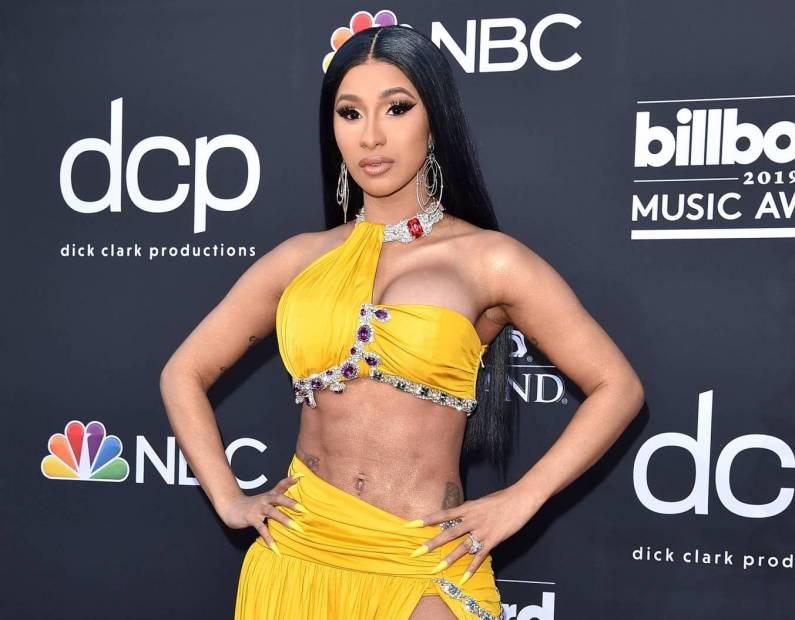 The unapologetic “Bodak Yellow” spitter revealed to the audience that she could have submitted a doctor’s note to excuse her from the performance, but she opted to hit the stage anyway.

“I have some news for y’all. I should have canceled today,” the Grammy Award-winning rap star exclaimed at the Facebook-sponsored event. “I shouldn’t really be performing because moving too much is gonna fuck up my lipo. But bitch I’m still gonna get my muthafuckin’ money back, let’s go!”

Of course, the crowd cheered with glee.

Cardi, 26, who just gave birth to her daughter less than a year ago in July 2018, told Entertainment Tonight last week she had just undergone her second boob job, cementing the fact she had changed her outlook on plastic surgery.

“I just got my boobs redone,” she relayed to Katie Krause. “I feel good, but then sometimes I feel like not, you know? [When] your skin is stretched out. Yes, my daughter fucked me up. She did. She so did.”

In October 2018, she adamantly denied going under the knife when it came to her toned six-pack, but the breasts appear to be on-limits.