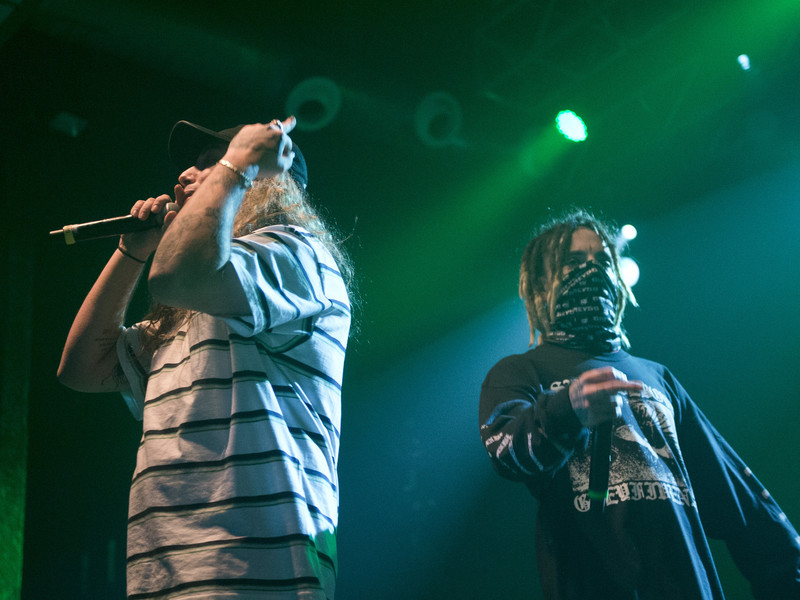 New Orleans’ $uicideboy$ have linked up with Blink-182 drummer Travis Barker for the Live Fast Die Whenever EP.

[This post has been updated. The following was originally published on May 5, 2019.]

$uicideboy$ are teaming up with drummer Travis Barker for a new project titled Live Fast Die Whenever. The newly-formed trio unveiled their collaboration’s cover art and release date on Saturday (May 4).

For Barker, the upcoming project adds another entry to his growing list of collaborations with Hip Hop artists. The Blink-182 member has previously dropped EPs with Yelawolf, Asher Roth and Nottz.

Barker’s debut solo album Give The Drummer Some was also a Hip Hop-centric release. The LP included contributions by Lil Wayne, RZA, Raekwon, Snoop Dogg, Bun B, Busta Rhymes, Cypress Hill and Lupe Fiasco, among others.

Following the release of Live Fast Die Whenever, $uicideboy$ will be embarking on a summer tour. $crim and Ruby Da Cherry are scheduled to be joined by Denzel Curry, Shoreline Mafia and more on select dates.

Check out their tour dates below.