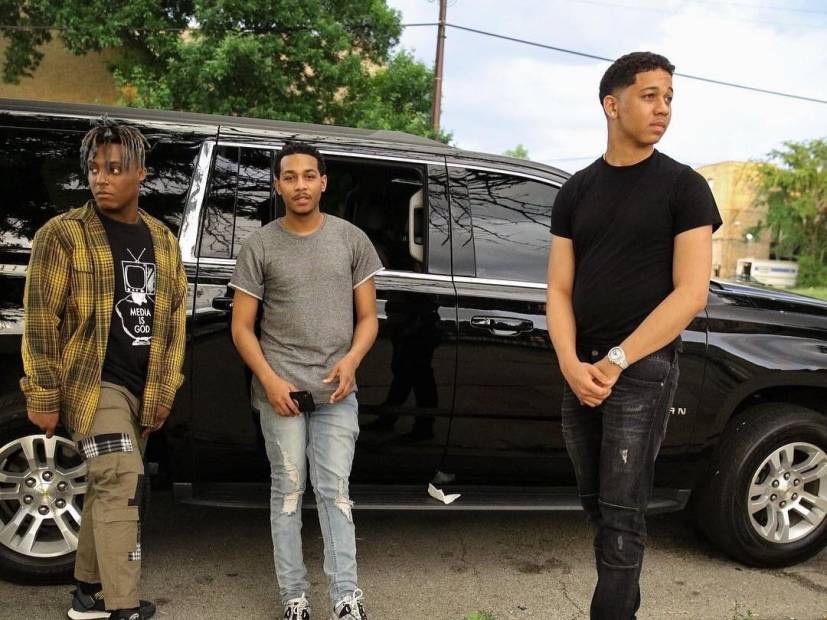 On Thursday (May 2), Lil Bibby ran into a couple of bootleggers selling t-shirts of his artist, Juice WRLD ahead of his show at Bill Graham Civic Auditorium. In one encounter he rolled down the window and asked for multiple sizes of the shirt, received them, and drove off. During the next happenstance, Bibby asks the bootlegger could he see the shirt and rips it away from him before asking for the rest his inventory.

#lilbibby and #gmoney caught someone bootlegging his artist #juicewrld mercy

It appears the two bootleggers were unaware that they were attempting to illegally sell Juice WRLD merchandise to his Grade A Productions label head.

The two men were attempting to capitalize off of the tremendous success of the Chicago rapper whose album, Death Race for Love, was No. 1 on the Billboard 200 for multiple weeks.

Best new artist @nolimit_gmoney in the cut like a band aid ?????

Juice received his notoriety from Soundcloud when his song “Lucid Dreams” flew up the Billboard Hot 100 charts peaking at No. 2. According to Complex, Bibby heard the song from his brother and co-founder of Grade A Productions, G Money. He was blown away, acknowledging it was nothing like he’d heard before. The label worked quickly to sign the chart-topping artist.

Billboard confirmed (April 30), that Juice signed with WME, where a team of agents will represent him. He is now a part of a WME team that includes Drake, Kendrick Lamar, Childish Gambino and more. Juice WRLD is currently on the Death Race For Love Tour going throughout the U.S. and Canada with Ski Mask The Slump God.