Cardi B Gives NSFW Anatomy Lesson On "Her Pussy" 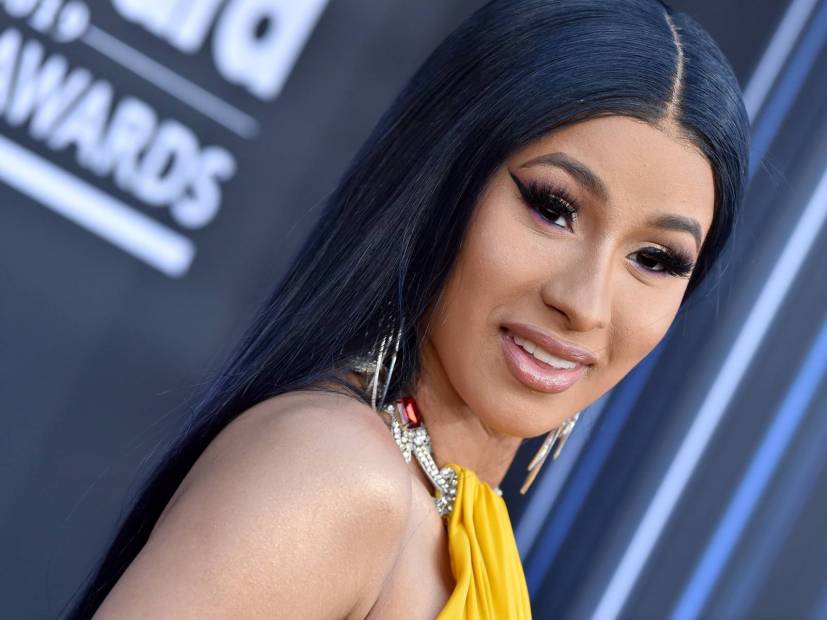 Las Vegas, NV – Before accepting multiple trophies at the 2019 Billboard Music Awards, Cardi B had some wardrobe drama to deal with. The Best Rap Female Artist schooled her Instagram followers after a revealing red carpet shot went viral.

The dicey pose was quickly criticized on social media. Cardi replied, in a way that only Cardi would, explicity breaking down the whereabouts of her ladyparts while in her dressing room.

My love for @iamcardib tripled last night after this amazing video she posted to — and then deleted from — her Instagram. pic.twitter.com/l2CvoUsAvZ

In the clip, Cardi claims the shot captured her “fat ass” and nothing else.

“Y’all motherfuckers going around with this fucking picture photoshopping it even more like, ‘Oh Cardi pussy, Cardi pussy.’ First of all, that ain’t my pussy. My pussy right here. This where I birthed my daughter from,” she said in the video.

“This right here, the part that shows when I go like this, that’s just my ass. You know when you got a fat ass.”

She captioned the video, “Daaaaaamn so thirsty!” and added that if people wanted to see her naked so badly they could’ve gone to see her when she performed as a stripper.

After the ceremony, Cardi was questioned about her Instagram video.

“People want to make it a trouble, but I don’t care. I love my body,” she replied, with Offset by her side.

Despite the drama, the Bronx native had a victorious night, taking home awards in six of the 21 categories she was nominated for, including Best Rap Female Artist, Best Collaboration for “Girls Like You” and the Best Rap Song for “I Like It.”

Thank you soo much everybody for the support .I know I’m one crazy bitch and I express my self too much😩I be having ya like”here this bitch go again”😒but hey! stick with me, I mean no harm 🤣🤣🤣naaa but seriously thank ya for riding and supporting me.Ya keep me motivated to keep on pushing!