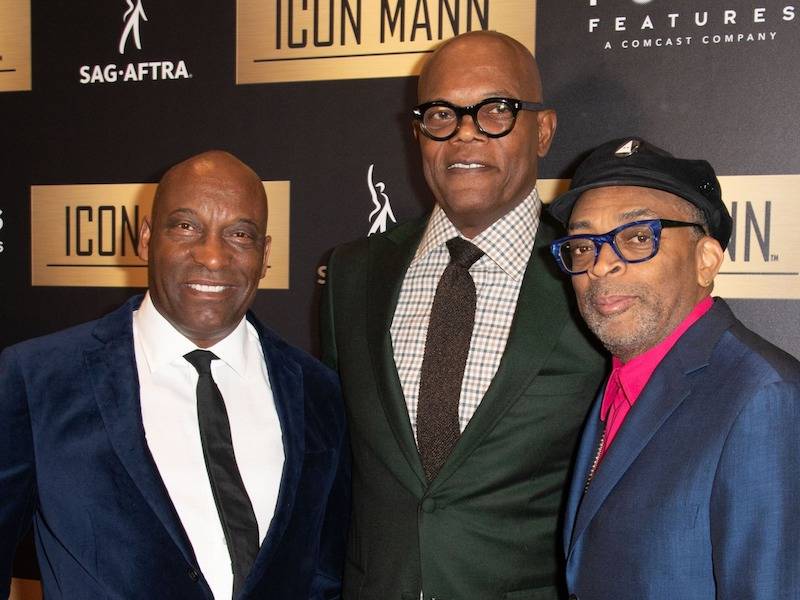 The trailblazing film luminary, who was responsible for classics such as Boyz n the Hood and Poetic Justice, died at Cedars-Sinai Medical Center surrounded by friends and family.

Shortly after returning from Costa Rica — where he was experiencing trouble with his legs — he checked himself in. On April 17, he suffered a stroke in his hospital room and was placed in a medically-induced coma.

His family ultimately had to make the agonizing decision to take him off life support.

The father of five was 51 at the time of his death.

Singleton was not only the first African-American to be nominated for a Best Director Oscar but also the youngest. He was just 24 when he earned the nod for Boyz n the Hood in 1992.

Of course, Hollywood (and beyond) is crushed by Singleton’s untimely passing. Everyone from RZA and Spike Lee to Jordan Peele and Halle Berry are sending their condolences on social media.

For me it’s A very sad day in all reality. We Love you John Singleton and appreciate all you’ve done and will continue to do through your art.

I Will Forever Miss My Brother John Singleton. We Met While He Was A Film Student At USC. Over Many Years People Have Told Me “I’m Going To Be A Filmmaker”, When John Said That To Me The 1st Time We Met, I Believed Him Right Away. It Was No Surprise. With His Passion, His Heart, The Way He Talked About His Love For Cinema And Black Folks I Could See John Would Make It Happen, And He Did. From Day One, We Have Remained Close Over The Decades, Cheering Each Other On In This Industry That Is Not Set Up For Us To Win. John Singleton’s Films Will Live On Forever. Blessings And Prayers For His Family. May John Rest In Power. Amen.

The Boyz N Da Hood and All Of Hollywood will miss You!
But your dope work will be with us forever!!! RIP #JohnSingleton

RIP John Singleton. So sad to hear. John was a brave artist and a true inspiration. His vision changed everything.

#JohnSingleton was an innovator – he came with drive & a creative vision when people of color didn’t have the same visibility we do now. He will remain a beacon of light in our community, and today we celebrate his legacy. Rest well my friend, we’ve lost one of the good guys.❤️🙏🏽 pic.twitter.com/U3FhJkdRhC

John Singleton, friend, attended my book signing, my auto biography which was across from his office. We spoke of back in the day of him Making “Shaft,” our James Bond, and that my life story absolutely must be a film. To you and your family, Love you John❤️🙏🏽

The best life is when we leave a trail. We leave something on this earth bigger than us. John Singleton….you inspired a generation of Artists. We will shoulder on….'May flights of angels sing thee to thy rest". RIP

Mourning the loss of a collaborator & True Friend John Singleton. He blazed the trail for many young film makers, always remaining true to who he was & where he came from!!! RIP Brother. Gone Way Too Soon!

Cookie and I are deeply saddened to hear about the untimely passing of our friend and outstanding filmmaker John Singleton.

Rest In Peace #JohnSingleton u were 1 of a kind. Pure talent! You just came by in July! pic.twitter.com/KmJXxsgFCy

John Singleton was a talented director and a kind man. He died too young. He will be missed.

Rest In Power, my friend. One of the greatest to ever do it. Thank you GOD for blessing us with this gift better known as John Singleton. Having trouble finding enough words to share just what you mean to me. Will always love you John! Your spirit will forever shine bright💜

Saddened to learn that legendary director & pioneer John Singleton has passed away. My condolences to his family #RIP #JohnSingleton pic.twitter.com/mKrahYsdDV

R.I.P. John Singleton thank you for your art! Your films will definitely influence my films to come! 🙏❤️ https://t.co/2UvJDsyiOm

Either they don’t know, don’t show or don’t care about what’s going on in the Hood!#JohnSingleton pic.twitter.com/cwZJpY1xVb

R.I.P John Singleton thank you for helpling me if It wasn’t for you I wouldn’t be a Academy award Winner I gonna miss you bro I love you my prayers for your family we will never forget! YOU ARE LEGENDARY 🙏🏿

Rest up John Singleton. We never met, but Remember The Time literally changed my life. Thank you so much. God Bless you

RIP JOHN SINGLETON. Such a good dude way too young. I got to spend time with John, We actually saw Kubricks final film EYES WIDE SHUT together opening week. Then he made me audition for SHAFT but I sucked & Christian Bale got the part. Amazing time for me. Life is short. So Sad

Devasting news. RIP John Singleton. You told our stories. Warned us of gentrification before it hit. As you wrote, "Either they don't know, don't show, or don't care about what's going on in the hood…" pic.twitter.com/94G8ZrMiah