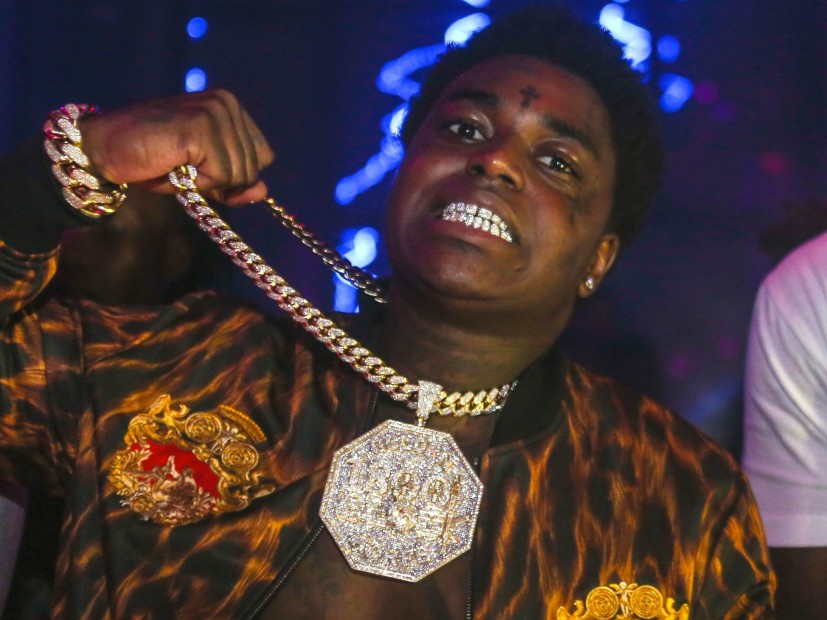 Washington, D.C. – Not long after Kodak Black was arrested while trying to cross the border from Canada to the United States, his Dying To Live Tour has hit another snag.

According to The Blast, Washington D.C. police and the FBI conducted a raid on Kodak’s fleet of tour buses on Wednesday night (April 24) as he performed at The Anthem in Washington D.C.

Authorities reportedly found weapons on at least one bus while multiple entourage members were cuffed and placed in custody.

A source close to Kodak says the Pompano Beach native wasn’t involved and the weapons didn’t belong to him.

TMZ reports police confiscated four Glock handguns with magazines and a total of five people were arrested. They were all booked for carrying a pistol without a license and possession of large capacity magazines.

Police stressed they can’t confirm one of the raided buses was Kodak’s, but they did confirm it was connected to the show.

The agents searched the luggage underneath the bus as well as everything inside. Sources on scene said feds attempted to enter The Anthem, but promoters refused to let them inside.

A rep for Kodak told TMZ, “Kodak was 100 percent not arrested, he is en route to NYC for his sold out show tomorrow night at United Palace.”