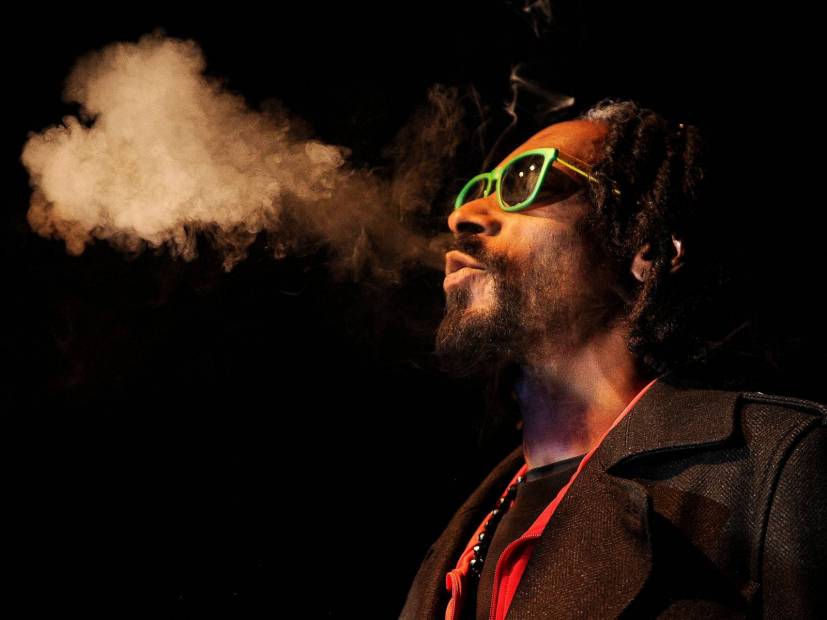 Here's How Hip Hop Is Celebrating 420

Hip Hop has historically turned up for the annual smokers holiday, 420, which landed on Saturday (April 20) this year.

“Weed Day,” as it’s commonly referred to in certain circles, is rumored to correspond with a numerical code for marijuana — but that’s not exactly true.

According to CNN, Chris Conrad — curator of the Oaksterdam Cannabis Museum in Oakland — said 420 began as a secret code among high schoolers in the early 70s.

A group of friends at San Rafael High School in Marin County — who called themselves “the Waldos — would often meet at 4:20 p.m. to smoke. Not only were they out of school, but their parents were normally still at work, allowing them the time to get high.

From there, the 4:20 time became a code for them to use in plain sight of their parents, and it gradually spread from there.

Like clockwork, the Hip Hop community found various ways to commemorate this year’s 420.

Redman celebrated his son’s graduation, Erykah Badu made a “commercial,” Bun B promoted his new album TrillStatik, Cunninlynguists’ Kno prepped for his show in Denver with Redman, Method Man and Devin The Dude and The Game shared a video clip of Nipsey Hussle wishing everyone a happy 420.

Missy Elliott, Belly, Ice Cube, Public Enemy’s DJ Lord and Freestyle Fellowship’s Myka 9 were among the many sparking up in honor of the special day.

Check out the weed-friendly posts below.

#TheMarathonContinues 🏁 Happy 420 to everybody…… take this energy & let it flow through you…. enjoy, stay safe & wherever you are in the world… light one up for my nigga #OneNipPostADayTiliFadeAway #LongLiveKingNip…… What a life to take from us…. I love you bro 🙏🏾

HAPPY BDAY SON on 4/20 ! @kicksgod_naj Another Year You Made it ! Your Mom and Dad Is truelly Proud i knw !! Glad i can watch you on your Journey ! ENJOY #420babies

This one’s gonna be fun. We gettin loud tomorrow? Ticket link in bio

#Happy420 thank All y’all at @blueflamelounge forest night and see y’all at @agentertainment #TheCompound tonight! Free b4 midnight! Let’s ball y’all! What y’all smoking I am on that Church os Sleep OG! Thank all my friends and family for the Born day messages and love!

Happy 420. I hope you have a glorious day. pic.twitter.com/3dnM4NYczN

Happy #420day to the many cannabis users who continue to fight & advocate for their right to use cannabis!🌿🔥💨
(LORD/PE T-Shirt link in my bio: https://t.co/QWFaIuf2e6)
📸:… https://t.co/ayd0CSIZgp