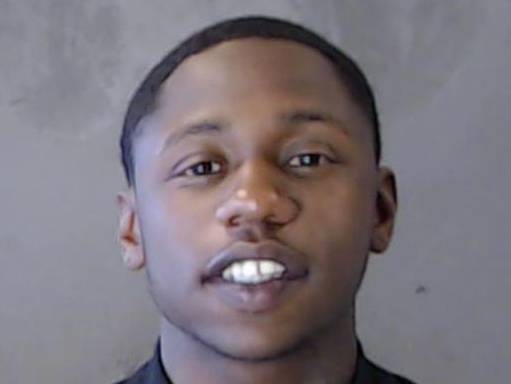 Following the widespread news Thursday morning (April 18), Q Money has turned himself in and been charged with murder.

The victim’s name also has been released.

According to WSBTV, the “Neat” rapper was taken into custody by DeKalb County officials and booked for the felony murder of Calvin Alexander Chappell.

The arrest reportedly came without incident.

[This post has been updated. The following was originally published on April 18, 2019.]

According to police reports obtained by AJC.com, up-and-coming Cleveland-bred rapper Q Money (born Qamar Williams) has officially been charged with the murder of a 24-year-old rapper in Atlanta.

The deceased’s name has yet to be revealed, but it’s being specified that he also hailed from Cleveland and is said to have known Q Money personally.

On Monday morning (April 15), Q Money was allegedly seen standing over the victim’s body inside the living room of a residence in the 3500 block of Lehigh Way, before a roommate alerted the victim’s cousin and they both took the weapon from the “Neat” rapper, forcing him out of the residence and locking the door.

When asked what had happened, Q Money reportedly just stuttered “I” multiple times.

The victim was said to have been shot in the right side of the head.

Responding officers say several guns and shell casings were found throughout the home and the deceased man had been staying in the home for three or four days before being shot to death.

Unfortunately, this isn’t the first instance of gun violence to circulate the 23-year-old budding star.

On July 25, 2018, during the “Neat” video shoot in Cleveland, 27-year-old Cortez Ruffin was the lone fatality after seven people were shot following a melee. During the time of the shooting, Q Money vowed to stop using prop guns in his music videos and apologized to the victims.

This past Wednesday (April 17), 25-year-old Tyreid Manningham, who had been arrested in connection for Ruffin’s murder, was released from the Cuyahoga County Justice Center.

As of press time, Q Money has yet to turn himself in.