#ThrowbackThursdays: Grandmaster Caz Is Born In 1961 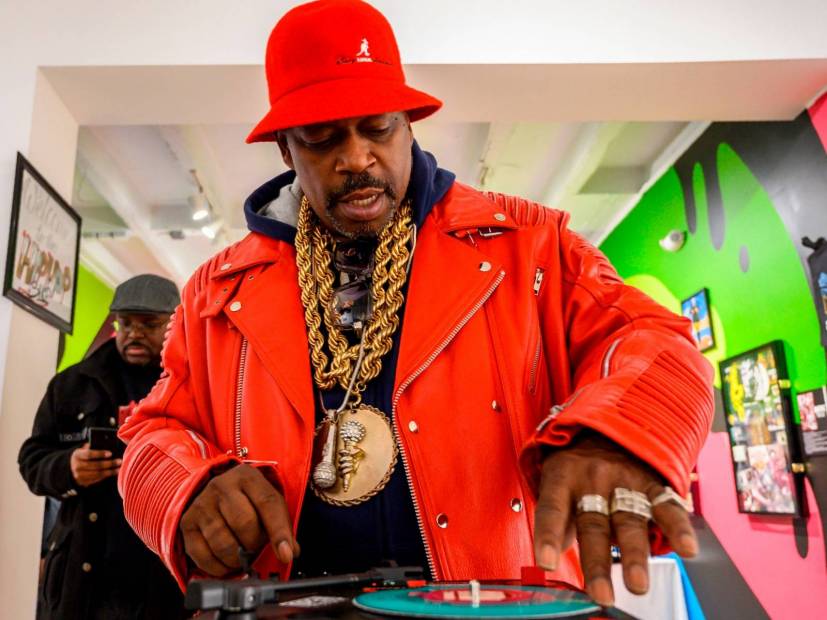 Curtis Fisher — better known as Grandmaster Caz — was born on April 18, 1961 in the Bronx, New York. Today marks the Hip Hop pioneer’s 58th birthday. Like many of his fellow New Yorkers, Caz was introduced to Hip Hop at a Kool Herc block party in 1974.

Shortly after, he adopted the moniker Casanova Fly to form the Mighty Force DJ crew. He was able to handle DJ and vocal duties, making him the first MC to juggle both. By the late 70s, Caz had joined The Cold Crush Brothers and became an integral component to the then-blossoming Hip Hop scene.

His Casanova Fly persona was portrayed in The Get Down Netflix series from 2016 to 2017. Around that same time, he also appeared in the four-part Netflix documentary Hip Hop Evolution alongside fellow legends such as Kurtis Blow, Ice Cube, Grandmaster Flash, Russell Simmons and Whodini.

Caz’s legacy isn’t without controversy. In a 2009 book written by Mickey Hess titled Hip Hop in America: A Regional Guide: Volume 1: East Coast and West Coast, the author notes part of The Sugarhill Gang’s “Rapper’s Delight” was stolen from Caz and rapped by Big Bank Hank.

Hank opted not to change his verse to reflect his own stage name and began the verse with, “Check it out, I’m the C-A-S-A, the N-O-V-A, And the rest is F-L-Y,” Caz’s alias.

According to his website, Caz is a member of the DMC Technics DJ Hall of Fame, The Zulu Nation Hall of Fame and The Bronx Walk of Fame with Proclamations from the UN, Brooklyn Council Woman’s Office, The NYC Council, The Bronx Chamber of Commerce and two Bronx Presidents Adolfo Carrion and BP Ruben Diaz Jr.

He currently serves on the board of the Bronx Music Heritage Center, The Windows of Hip Hop Advisory Council, Resident at The Andrew Freedman House and The Kennedy Center’s Hip Hop Council and Advisory Board as well.

As if that wasn’t enough, Caz also takes New York City tourists from around the world on Hush Hip Hop sightseeing tours and is the Host of the Tools of War Park Jams.