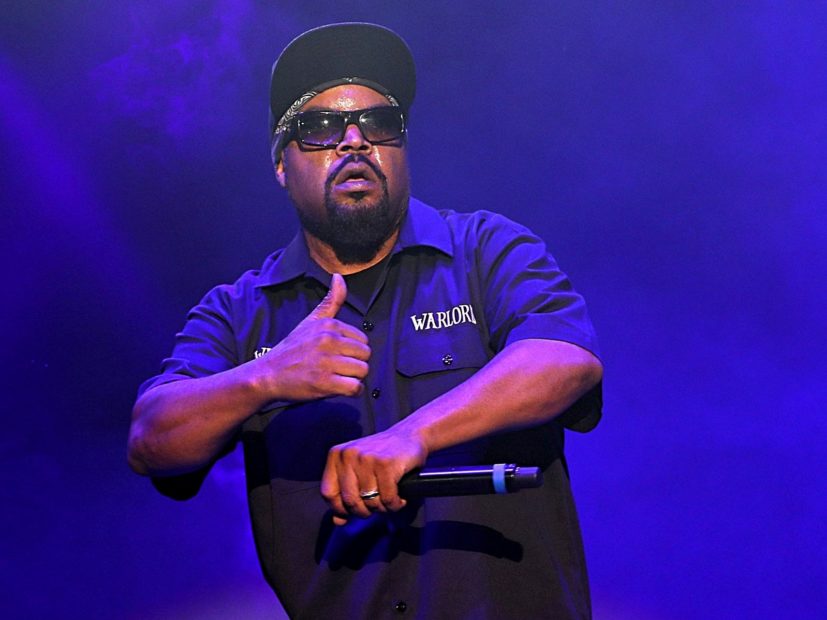 Ice Cube’s Down With Renaming Crenshaw & Slauson After Nipsey Hussle

Ice Cube was recently stopped at the Los Angeles International Airport where he was asked about the naming the intersection of Slauson Ave. and Crenshaw Ave. — where Nipsey Hussle was murdered — Nipsey Hussle Blvd.

“Yep, why not?” he told TMZ. “Yeah, man anything to honor him.” He also agreed the faster they get it done, the better.

As for advice to those reeling from the Grammy Award-nominated rapper’s death, Cube added, “Keep your head up. Watch your back.”

The Najee Ali Youth Foundation launched a petition earlier this week in the wake of Neighborhood Nipsey’s death, calling for the intersection to be christened with his name.

As of publication time, over 445,000 people have signed the petition.

Nipsey was gunned down on March 31 in front of his Marathon Clothing store. His alleged killer, Eric Holder, was arrested on Tuesday (April 2) and has since pleaded not guilty.

His bail has been set at $5 million. He’s expected back in court on May 10.