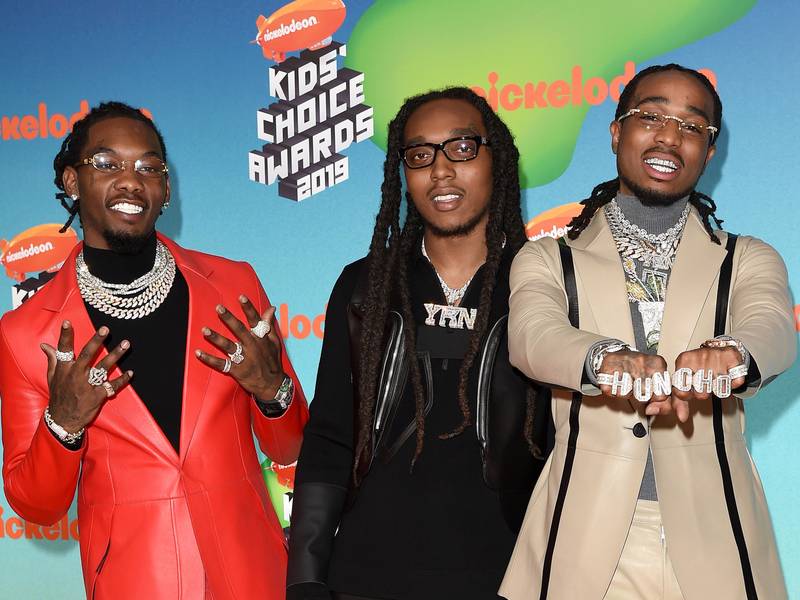 Mountain Dew has recruited Migos and a few other celebrities to hype the upcoming premiere of Game of Thrones’ eighth and final season.

In the minute-long ad, star athletes such as Philadelphia 76ers center Joel Embiid and NASCAR legend Dale Earnhardt Jr. sing along to the hit show’s theme song. About 40 seconds in, Migos take over as Quavo spits some Game of Thrones-inspired raps alongside Offset and Takeoff.

The trio looks ready for a cameo in HBO’s popular series with some fitting wardrobe for the ad. Each Migos member also takes a turn sitting on the Iron Throne.

We’re just a few days out from @GameofThrones premiere on @HBO. And we got a few friends to help us celebrate @MountainDew #LetsDo #ForTheThrone pic.twitter.com/pvq6W24OPX

The eighth and final season of HBO’s Game of Thrones is scheduled to premiere on April 14 at 9 p.m. Eastern. A new teaser for the show’s highly anticipated return was released on Tuesday (April 2).

Watch Migos put their spin on the Game of Thrones theme above. Check out the latest series teaser below.