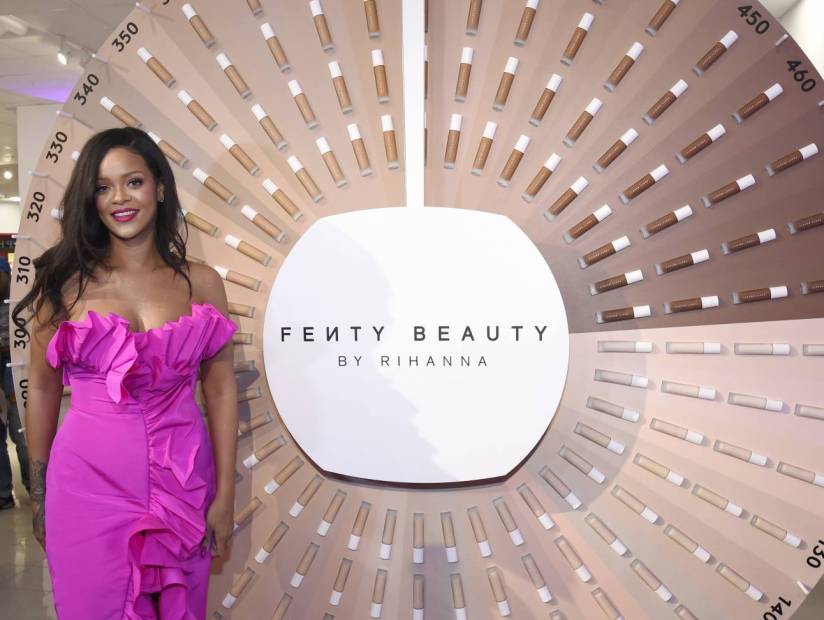 Rihanna’s Fenty Beauty make up company has been championed for its inclusivity but recently came under fire from fans who believed the beauty company’s new highlighter, “Geisha Chic” is offensive.

Backlash from Fenty fans came last Friday (March 29) when the company announced the impending launch of their new Killawatt Freestyle Highlighter on Instagram. The post, which has since been taken down, featured a highlighter that Hypebae describes as “metallic brick-red.”

Fans of the beauty line expressed their distaste for the newly announced shade on social media calling it “inappropriate” and the company racist.

. @fentybeauty has a new highlighter named “geisha chic…” ummmm? Rihanna… explain why Asian targeted racism gets glossed over, it feels even worse when it’s from another marginalized group 😓

Rihanna was really about to bring out a blush called geisha chic 😐 thank god people noticed how gross that was and fenty delayed the launch to rename it. Really weird how the entire fenty beauty team didn't catch how inappropriate that name is from the start

“I’m really excited for this launch, however this shade name ‘Geisha Chic’ is not great because it ignores the history, full weight, and overall experience of being a geisha,” one Instagram user wrote. “I’ve been waiting for colour like this, but I don’t want to question my judgement if I purchase this product with the current name. Please change the name so I can shine this summer with this heat!”

Fenty responded to comments by thanking their followers for “educating” them, saying the product would not be released until it is renamed.

The company reiterated the product’s renaming in a statement sent to INSIDER.

Some fans are applauding Fenty’s timelines and reaction to the situation after a screenshot of the company’s message to Reddit user elizabeth-bug was uploaded on the r/BeautyGuruChatter subreddit.

“This is a good apology. It doesn’t side step or make excuses. I’m super happy. It’s also a good sign that Fenty is willing to eat the cost of pulling an almost-launched product,” Reddit user SwimmingCoyote said. “Even if it’s just renamed, that will require a lot of money to relabel. I appreciate that Fenty didn’t just go forward with the launch while saying that they’d do better next time.”

Fenty Beauty has yet to announce when the renamed product will be released.