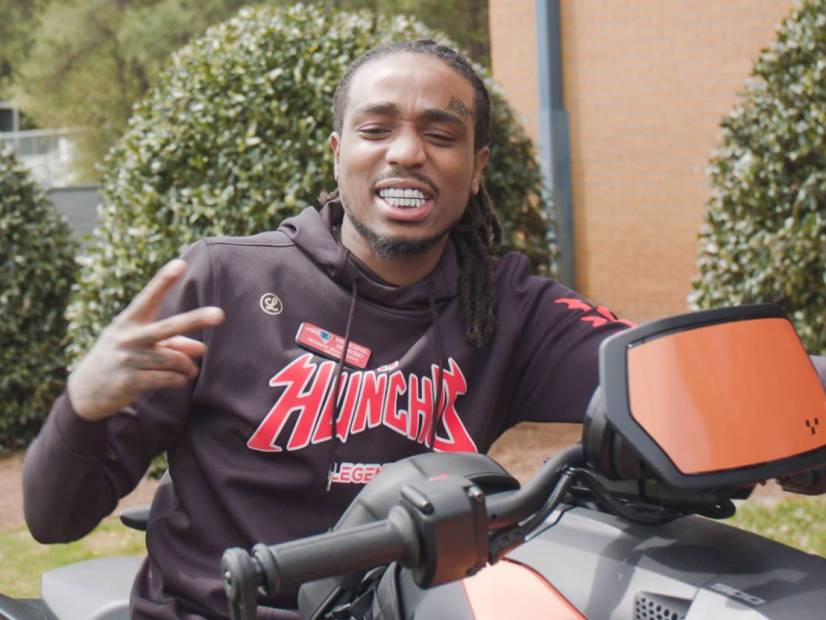 Fans and members of the community came out to watch an exciting game of flag football with Gucci Mane, Trinidad James and fellow Migos members Offset and Takeoff going head-to-head with pro athletes such as Julio Jones and Ezekiel Elliott.

Besides the football game, families that came out were also able to enjoy an Easter egg hunt for the kids, face painting, a Ferris wheel and a sneak peek at Quavo’s new 2019 Can-Am Ryker three-wheel motorcycle. Migos announced their partnership with Ryker earlier this month.

“Ryker pulled up for Huncho Day 2019,” Quavo said in a press release. “Skrrrt the bike way.”

Peep how Huncho Day 2019 went down in Atlanta below.