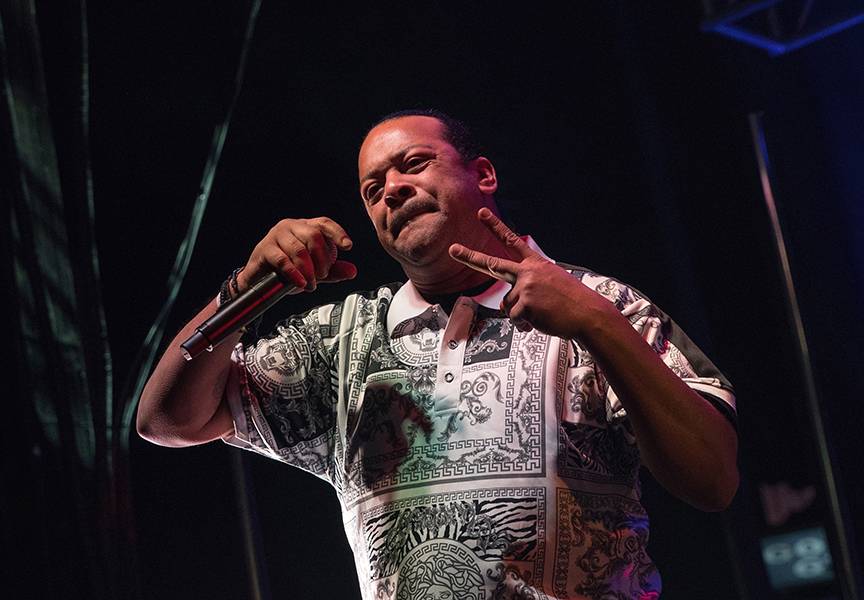 San Bernardino, CA – Fans of legendary West Coast MC Suga Free has been anxiously awaiting the release of Resurrection, which is set to be his seventh studio LP and the follow up to 2009’s Hi Power Pimpin.

Many were thrown off after a 30-day countdown culminated in the March 27 release of a new Kokane featured single “Hole In My Heart,” instead of the LP. However, according to a rep for Suga Free, the album is on the way — and worth the wait.

“”HOLE IN MY HEART “” Video Shoot.. The Resurrection 🔥👑. #Thetruthwillsetyoufree. #Godisgood

“We decided to drop two singles back to back first,” his team tells HipHopDX, noting that another track featuring Snoop Dogg was on the close horizon.

Suga Free has been teasing the LP for a few months now, and — as he tells HipHopDX — he’s aged like fine wine.

“When I first started rapping, I dreamed of rapping the way I rap now,” he says. “Me and Kokane were just saying the other day if somebody could have told us when we were in the fourth grade that we’d be [almost] 50 when we made our best collaboration ever … man.“

An exact release date for Resurrection has yet to be confirmed — but the LP is set to feature (among a familiar cast) DJ Quik on production.

As the album finalized, check out Suga Free’s “Hole In My Heart” featuring Kokane, below.