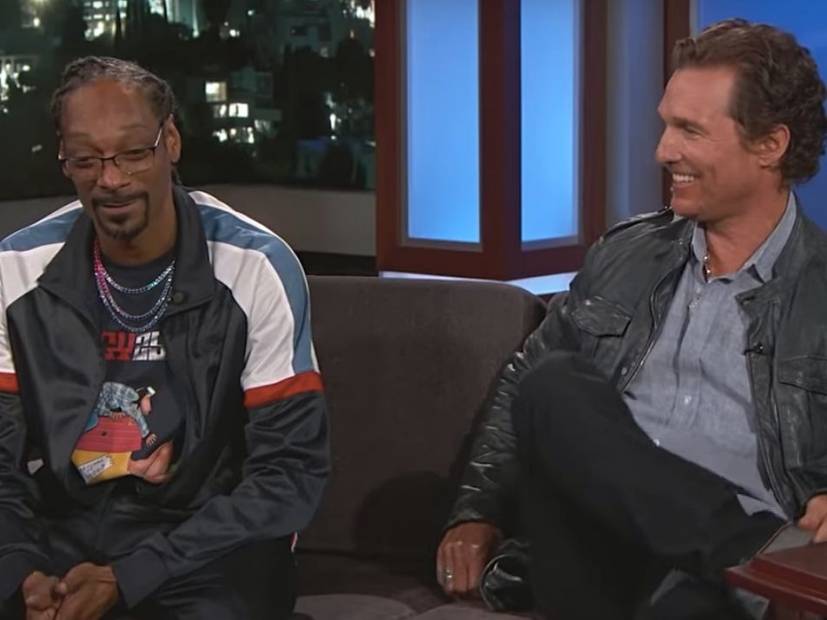 Los Angeles, CA – Snoop Dogg and Matthew McConaughey were recent guests on Jimmy Kimmel Live where they opened up about working together on The Beach Bum film.

From there, McConaughey then tells the story of his first day on the set. He’s explaining to Snoop he’s using fake joints filled with oregano to make it look like he’s really getting high during the scene. But Snoop had other plans for the Dazed & Confused actor.

“So the scene goes on and right after the scene, I just feel like, ‘Man I’m not sure that was prop,'” he explains.” Snoop goes, ‘Yo Moondog, that wasn’t prop weed. That was Snoop weed. I said, ‘Buckle up because here were go.’ It’s the first take of the night. I didn’t say another word of English, really. You said I rapped a lot [looking at Snoop].

As the story continues, McConaughey admits he was still high the next day.

“What I tell you?” Snoop asks.

Directed by Harmony Korine, The Beach Bum revolves around Florida-based novelist Moondog, a pot-smoking, beer-drinker free spirit who lives life on his own terms. He must put down the drugs to finally finish the next great American novel.