Chance The Rapper Getting Active In Chicago Mayoral Race 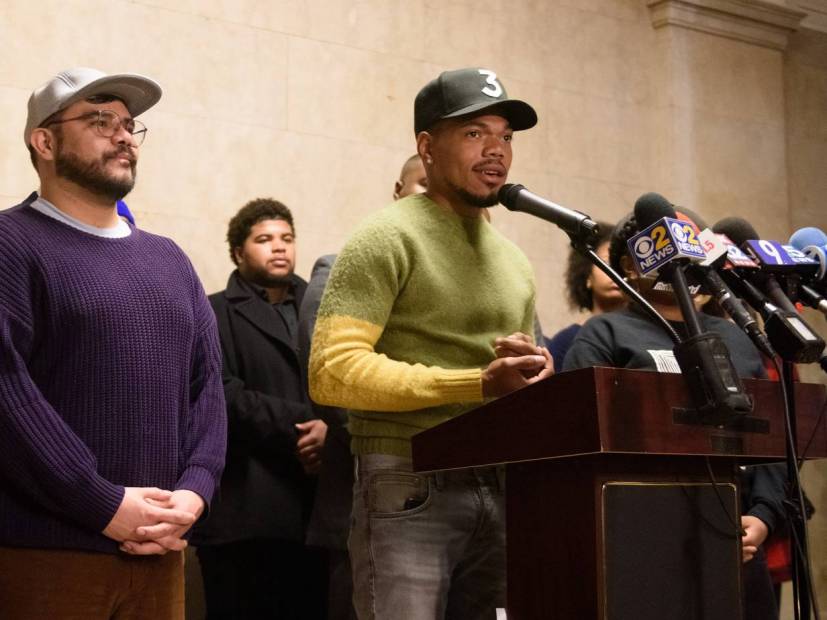 Chicago, IL – The value of celebrity endorsements in political elections is something that Chance The Rapper has understood and become comfortable with even after his $400K contribution and co-sign of former Chicago mayoral candidate Amara Enyia didn’t work out.

According to a report from the Chicago Sun-Times, on Thursday (March 21) the Grammy Award-winning artist held a press conference to endorse county board president Toni Preckwinkle over her opponent and former president of the Chicago Police board, Lori Lightfoot.

“I want everyone to know the truth,” Chance said during the press conference on February 26.

“The truth is that the most qualified person in terms of somebody who’s gonna look out for all the people of Chicago [and] account for the police, victims of gun crime, victims of economic crime is Toni Preckwinkle. So, I’m fully behind her,” Chance continued.

The Coloring Book rapper’s approval of Preckwinkle following Enyia’s elimination is almost second nature as his father, Ken Bennett, is Preckwinkle’s campaign co-chair and has been asking for his son’s endorsement for months.

“My dad said back in like June of last year that I should endorse Toni Preckwinkle. It’s a little late, but I’m here,” Chance told the Sun-Times.

Chance has promised to campaign with Preckwinkle through runoff elections on April 2.

Check out full details and background on the candidates of Chicago’s elections here.