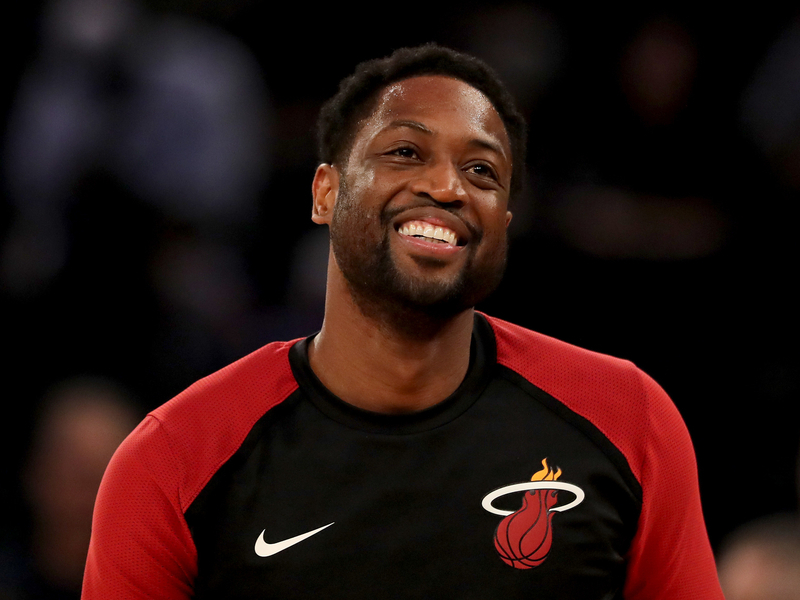 Future Hall of Famer Dwyane Wade is wrapping up a storied career at the end of the 2018-2019 NBA season. The 2006 NBA Finals MVP could play his final game in April if his Miami Heat (currently the eighth seed in the Eastern Conference) don’t make the playoffs.

With Wade’s swan song quickly approaching its conclusion, the three-time NBA champion sat down with ESPN’s The Undefeated to reflect on his impending retirement. During the conversation, journalist Justin Tinsley had some fun with Wade by asking the celebrated shooting guard about the many rappers (everyone from Kendrick Lamar to LL Cool J) who’ve referenced him in lyrics.

#MyLatest — Bucket list dreams turned reality here. I went down to Miami last month and sat down with @dwyanewade for an interview that’s in the current issue of ESPN The Magazine. There’s even bigger things in the works in the coming weeks, too. But this was one of those, “Yeah, this is dope” moments. One of those I’ll take with me for the rest of my life. Sitting in the @miamiheat’s locker room with a future Hall of Famer chopping it up about everything from his last season, why taking paternity leave was important for him, being comfortable with not really knowing what’s next, the joy he sees in his wife @gabunion (who put us in our place ??) experience motherhood with their daughter and why he’s still in shock his name is mentioned with Michael Jordan and @kobebryant as the greatest shooting guards ever — I think calling it a “blessing” would be an understatement. D-Wade is, by far, one of the coolest people I’ve ever interviewed in part because it never felt like an interview. And you can’t take that energy for granted. Life changes a lot in five years. Thankfully, in many ways, it’s been for the better. ? Hit the #linkinbio and/or stories. Go grab a copy too!

With Tinsley’s help, Wade picked out three lyrics that stuck with him over the years. Fellow Chicago native Kanye West was the one that stood out most to the Miami Heat star. Lines by Drake and Lil Wayne also emerged as notable references to round out his Top 3.

Check out Wade’s selections below.

“I ain’t worrying ’bout shit, everything paid out/You could catch me courtside in Dwyane Wade house” – Lil Wayne on “I Don’t Like The Look of It” (2010)