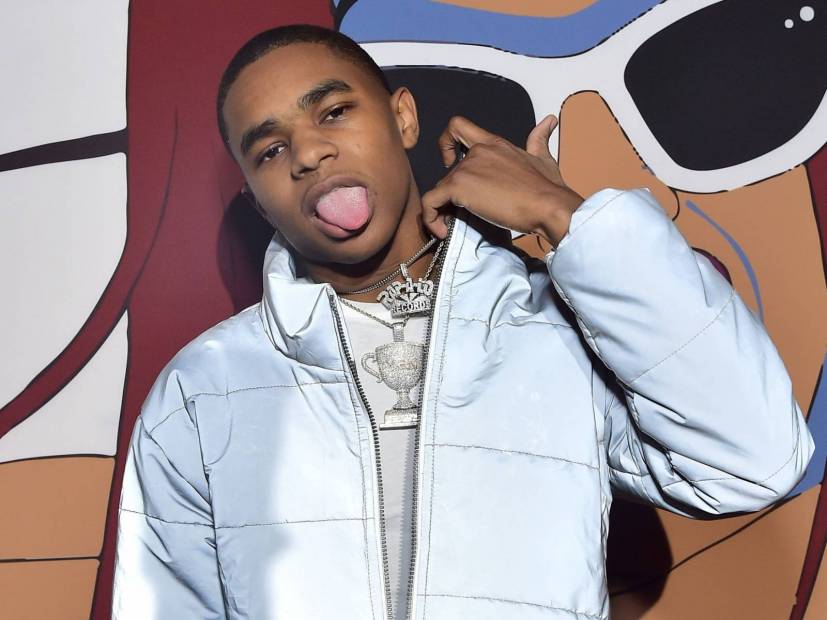 New York, NY – Despite flaunting what appears to be YBN Almighty Jay’s stolen Rap-A-Lot chain in a recent video, Zae Numbafive is denying all allegations he and his crew are responsible for the brutal attack.

The aspiring rapper issued a pair of statements to his Instagram Stories on Tuesday (March 12) after J. Prince identified Zae and his associates as the attackers in a recent Instagram post.

“I DON’T HAVE YBN CHAIN,” he wrote in all caps. “HIS MANAGER TRYNA MAKE IT SEEM LIKE WE GOING AROUND JUST ROBBIN PEOPLE. HE DON’T EVEN KNO HOW THE SITUATION ESCALATED. BUT I DON’T HAVE THAT CHAIN!!

He added, “ME & THE PPL I WAS WITH DID NOT CUT I REPEAT DID NOT CUT YBN ALMIGHTY JAY. WE DIDN’T TAKE HIS RAP A LOT CHAIN EITHER. I DON’T KNOW HOW HE GOT CUT. DON’T WISH THAT ON NOBODY & IDK WHY PEOPLE CALLING US GOONS TRYNA LABEL US. YA DON’T KNOW THE REAL STORY!”

Following a street brawl outside of Saks Fifth Avenue on Friday (March 8), Almighty Jay was jumped by several men inside the lobby of a residential Manhattan building around midnight on Saturday (March 9). During the ruckus, the 19-year-old Houston native’s face was sliced open when someone cracked a Hennessy bottle over his head.

The attackers also made off with his wallet, shoes and — yes — the Rap-A-Lot chain. Subsequently, he was rushed to a local hospital where he received roughly 300 stitches in his face.

Upon his release, Almighty Jay addressed the incident in a video for “Let Me Breathe.”