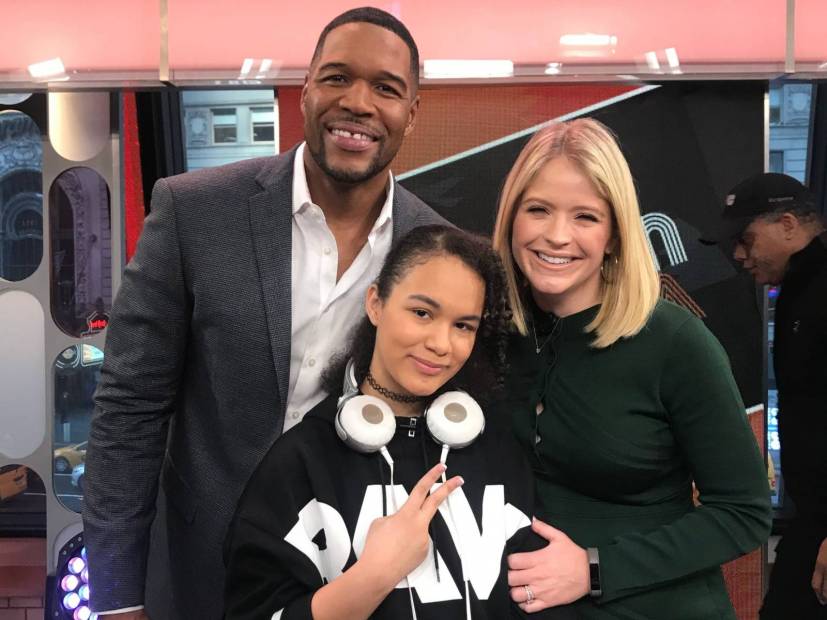 During the episode, Kool Flash showed off her impressive turntablist skills and got an unexpected FaceTime call from DJ Spinderella, Salt & Peppa’s DJ and one of Kool Flash’s biggest influences.

“It was like nothing I’ve ever experienced,” Kool Flash tells HipHopDX. “Mr. Strahan, Ms. Sara and the audience were amazing and Spinderella’s surprise was very humbling.”

In the Instagram caption, she elaborated, “Huge Thanks @strahanandsara for the amazing Honor. Much Love to my Big Sis @djspinderella for the Surprise and Amazing message. Most importantly. Mr. Anthony, Mr. Dean and Ms. Julia. You made a Dream of mine come true.”

As part of her set, Kool Flash paid tribute to Salt & Peppa by working “Push It” into her performance as well as the classic, “Heat Wave.”

On Sunday (March 10), Kool Flash got to meet Spinderalla face-to-face in the Big Apple where the Barbie brand was celebrating its 60th anniversary. She captured the moment with an Instagram post.

“Thanks Big Sis @djspinderella for the Week of my life,” she wrote. “You’re an Incredible human being not to mention DJ. Your Surprises and Generosity have touched me deeply. It’s an honor beyond my dreams to have you in my life @barbie 60th Anniversary.”

Check out her GMA Day performance above.