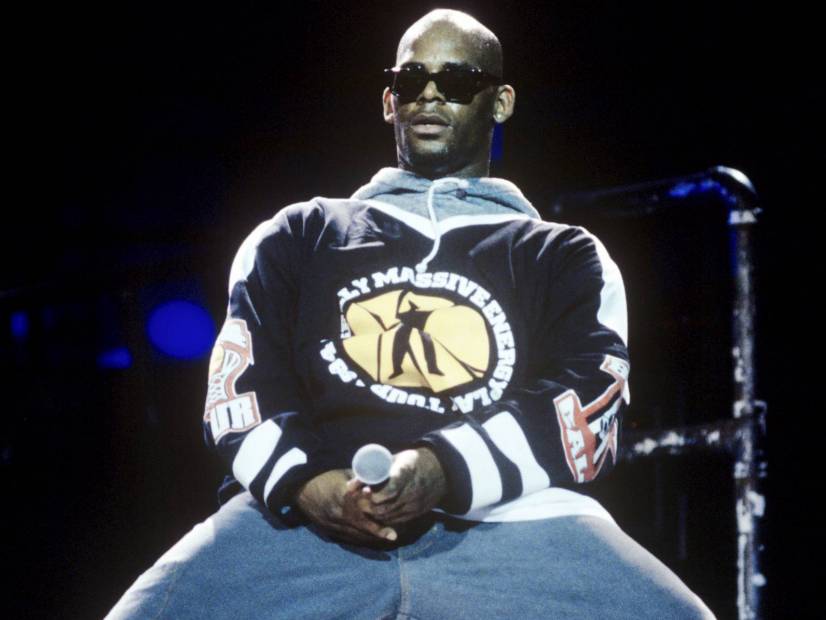 In a new excerpt from Vlad TV’s interview, Lisa Van Allen, the alleged former — and underaged – ex-girlfriend of R. Kelly, a bombshell accusation that even managed to escape the boiling teapot that was Surviving R. Kelly was revealed.

Aaliyah’s mother allegedly had a sexual relationship with the embattled R&B star that overlapped the time he spent grooming her daughter.

“He did get a little more in-depth … more details when [Aaliyah’s] mother found out,” she says.

“And he actually stayed at their home in Detroit and her mother actually was sexually attracted to him as well and he said when Aaliyah went to sleep, he would go in the living room and him and her would do sexual acts on the couch while Aaliyah was sleep in the bedroom.”

Van Allen was recalling Kelly confiding in her 17-year-old self and was adamant that her words “came” straight from the now 52-year-old singer. She also attributed a strong “pins-and-needles” pact between Kelly and Aaliyah as being the reason details from their relationship rarely surfaced publicly before the singer’s untimely death in 2001.

Elsewhere in the interview, Allen also backed up the public details using her own recollections regarding Kelly and Aaliyah’s forged marriage certificate (which adjusted her actual age from being 15 to the legal 18 years).

She then doubled down on the longstanding rumor that the “Age Ain’t Nothing but a Number” singer was indeed pregnant at the time of the faulty matrimony.

“The reason [Kelly and Aaliyah] got married was because they felt like if he was married to her and if he said he thought she was 18, that he wouldn’t be charged if someone found out she was pregnant until they were able to get the abortion and get [the marriage] annulled,” she continued.

Van Allen also admitted that her and Kelly’s own childhood sexual abuse (she claims his sister used to make him insert pencils in her vagina) brought them close together.