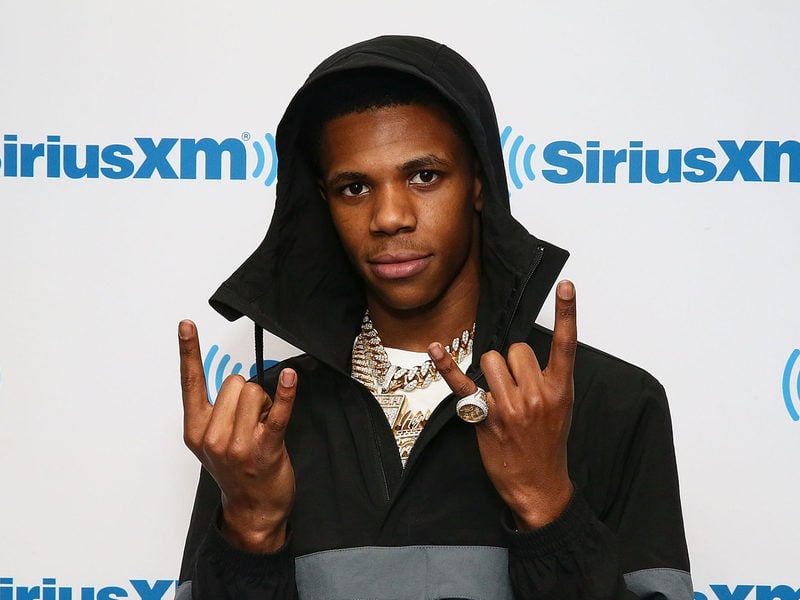 A Boogie Wit Da Hoodie was supposed to be at the Queens Center Mall in New York City on Friday (March 8), but before he arrived all hell broke loose. A-Boogie was scheduled for a wristband-only event at the Puma store at 5:30 p.m. local time.

However, authorities told CBS New York more people showed up to the event than the space could accommodate, which led to pushing and fighting. In video footage of the melee, several people throw numerous punches and repeatedly kick one another.

Witness Maria Moncada said, “They grabbed the chairs and broke it on his head, the poor guy was bleeding. It was bad.”

The chaos erupted around 2 p.m. local time as hundreds of teens were waiting to catch a glimpse of the Bronx-bred rapper. Police haven’t figured out why the fights broke out. They were called to the scene when far more people showed up than mall security guards were expecting.

Witness Maria Moncada said, “They grabbed the chairs and broke it on his head, the poor guy was bleeding. It was bad.”

The event was officially canceled. NYPD said people in the crowds didn’t believe the event was canceled so additional officers were dispatched to the scene to start evacuating people. Despite police presence, the brawls continued.

Another witness said, “They fought in Foot Locker, and people were stealing shirts while they were fighting.”

At least two people were taken into custody, while five others were reportedly taken to the hospital.

A-Boogie addressed the incident on one of his Instagram Stories, writing, “The safety of my fans is the most important thing to me. I’m glad everyone is safe. NYC thanks for a great homecoming week. Love. Be good to each other!”