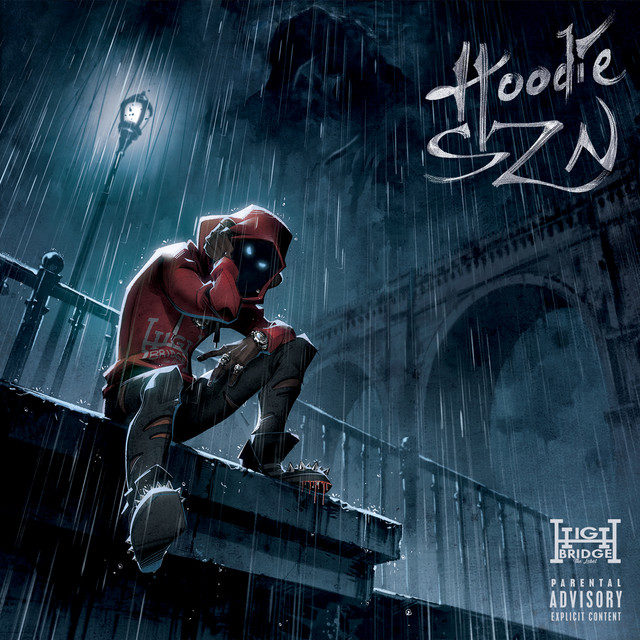 Maybe it’s because he rarely gets caught up in scandals (aside from allegedly having Lil B jumped at Rolling Loud last year and being associated with a $10,000 sneaker scam) or maybe it’s because he so damn consistent with his releases, but either way you slice it, A Boogie Wit Da Hoodie seems to only come up in conversation when talking sales and streaming numbers.

A quick pivot over to Billboard shows that the Highbridge head honcho has been steadily hanging Gold and Platinum plaques since summer ‘16’s “My Shit”. While he may be missing in the “best new artist” or “New York back” conversations because of his middling familiarity, he’s had no trouble getting serious playlist placements – especially with his harmoniously hook-heavy Hoodie SZN album.

It doesn’t take a musical genius to see that A Boogie’s tried-and-proven formula of hot hooks lathered in digitized pitch is what makes up the bulk of his catalog (Hoodie SZN included) and depending on how you listen to the album can determine whether this helps or hinders the music. Listening to the album front to back for over an hour glues the 20 tracks together with a numbing Auto-Tune overload with only a handful of noticeable hits providing the adrenaline spike. However, if you were to stumble upon a cluster of the album’s tracks on your preferred curated rap playlist, A Boogie’s shimmery stylings shine through at their finest.

Said heaters providing the album’s peaks can be boiled down to three specific tracks. After a typical crop of album openers bring up the heat to at least lukewarm (thanks in large to JakeOne’s instrumentation on “Voices In My Head”) Tekashi 6ix9ine-assisted “Swervin” gets the blood pumping in real time. The simple strings and thundering 808s are captivating enough for A Boogie to get off his gangster turned gentleman lines like “How you look so perfect on your worst days?/Double C your purses, you deserve it.” In fact, the majority of A Boogie’s lyrical stylings can be categorized as catchy chivalry as he constantly croons about courting a new girl, an old fling or the next man’s ting.

The other pair of heat rocks that were crafted perfectly to fit any streaming service’s algorithm is “Look Back At It” and “Startender” featuring Offset and Tyga. The latter demands replay after replay not only because A Boogie’s chorus croons seamlessly across T-Minus toe-tapper but because Offset and Tyga also kick snappy verses that digest easier than applesauce. Dance to it, workout to it or sit in traffic with it, either way, it’s hard to deny the bop.

The remaining dozen or so tracks are basically diet variations of those standout heaters that will have a tough time existing beyond one play-through or the A Boogie hit catalog at large. The only other track on this album that breaks the A Boogie mold is “4 Min Convo (Favorite Song)” in which A Boogie details his very honest fails and flaws but also his candid interactions with some of his rap star idols. Odes to Drake and Future manifest in lines like “Tryna keep it cool like the time I was in the studio with Future and his goons/Sittin’ next to my favorite rapper, actin’ scared to say it to him/Used to bump “March Madness,” poppin’ Addys because of you” and “Drizzy, that’s my broski…”

It’s not easy for an artist to show love as genuine as this in today’s bravado built climate and for that Boogie gets credit for taking the “cool guy” mask off. *Future voice*

A Boogie’s Hoodie SZN doesn’t pack any surprises but that isn’t necessarily the worst thing the Bronx boy could have done. Sure, the album is long and a lot of the songs sound alike but in the current streaming era Boogie has lived, breathed and collected bags in, getting three or four hits in popular rotation is a substantial win.

As he propels forward through modern Hip Hop’s zeitgeist, he will have to continuously evolve and change his approach. But for now, ‘tis the season for catchy rap hooks.