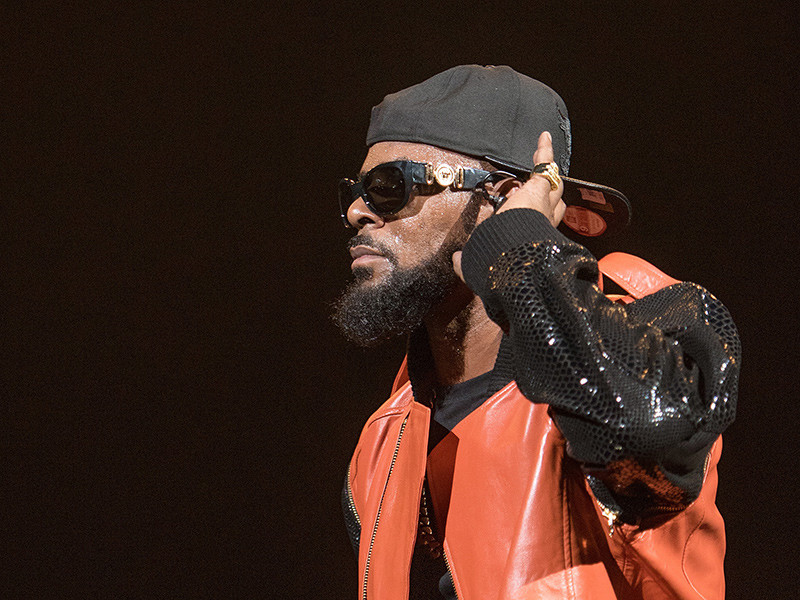 Cook County, IL – As R. Kelly’s publicist Darryll Johnson stood in front of reporters inside the Cook County Courthouse on Wednesday (March 6), a Kelly super fan had some words for him. In video footage obtained by FOX 10 Phoenix, a man wearing a blue L.A. Dodgers hat and earbuds attempts to walk behind Johnson as he spoke.

“I don’t mean to interrupt the interview, but free R. Kelly, man,” the person said. “Excuse me.”

When Johnson suggests another route, the man said, “I can walk this way. What the fuck you talkin’ bout, fam?” As the press conference moves forward, the man continues cussing Johnson out off-camera.

I know R. Kelly’s publicist has to be mad after this intereaction with probably a former R. Kelly fan 🤣🤣

The Blast reports the man was angry Johnson wasn’t proclaiming Kelly’s innocence and insisted he get new representation.

The disgraced R&B star was taken into custody on Wednesday (March 6) for unpaid child support. The judge reportedly wanted the $161,633 he owes his ex-wife Andrea Kelly. Kelly was prepared to pay between $50,000 and $60,000, but the judge wouldn’t accept anything less than the full amount.

He’s being held at the Cook County Jail.