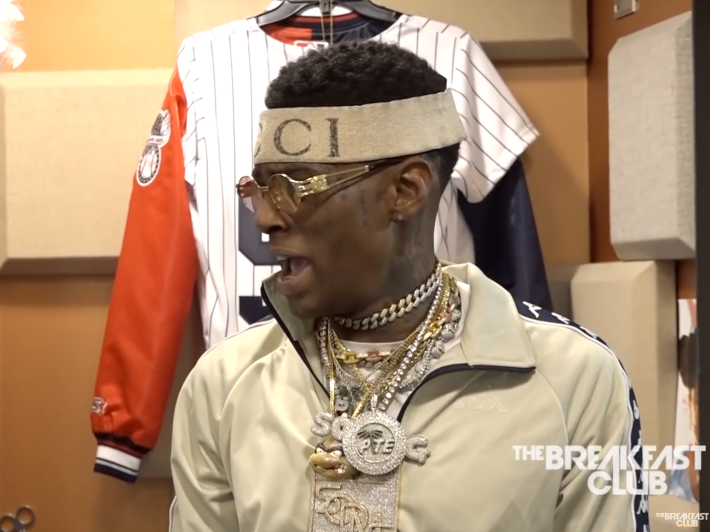 by Victoria Moorwood
1
The Gram -

After Soulja Boy mentioned Drake in his IG story, the Scorpion rapper set the record straight.

“You know it’s always been love all jokes aside…I dunno know if you was serious about the video thing but I never knew you wanted to do a video for we made it you know I would have done that shit,” Drake wrote about their 2013 “We Made It” collab. “But on some real shit Draaaaaaaaaaaaaake?!?!”

Now that the two are back on good terms, we may just see some new Draco and Drizzy music in the future.